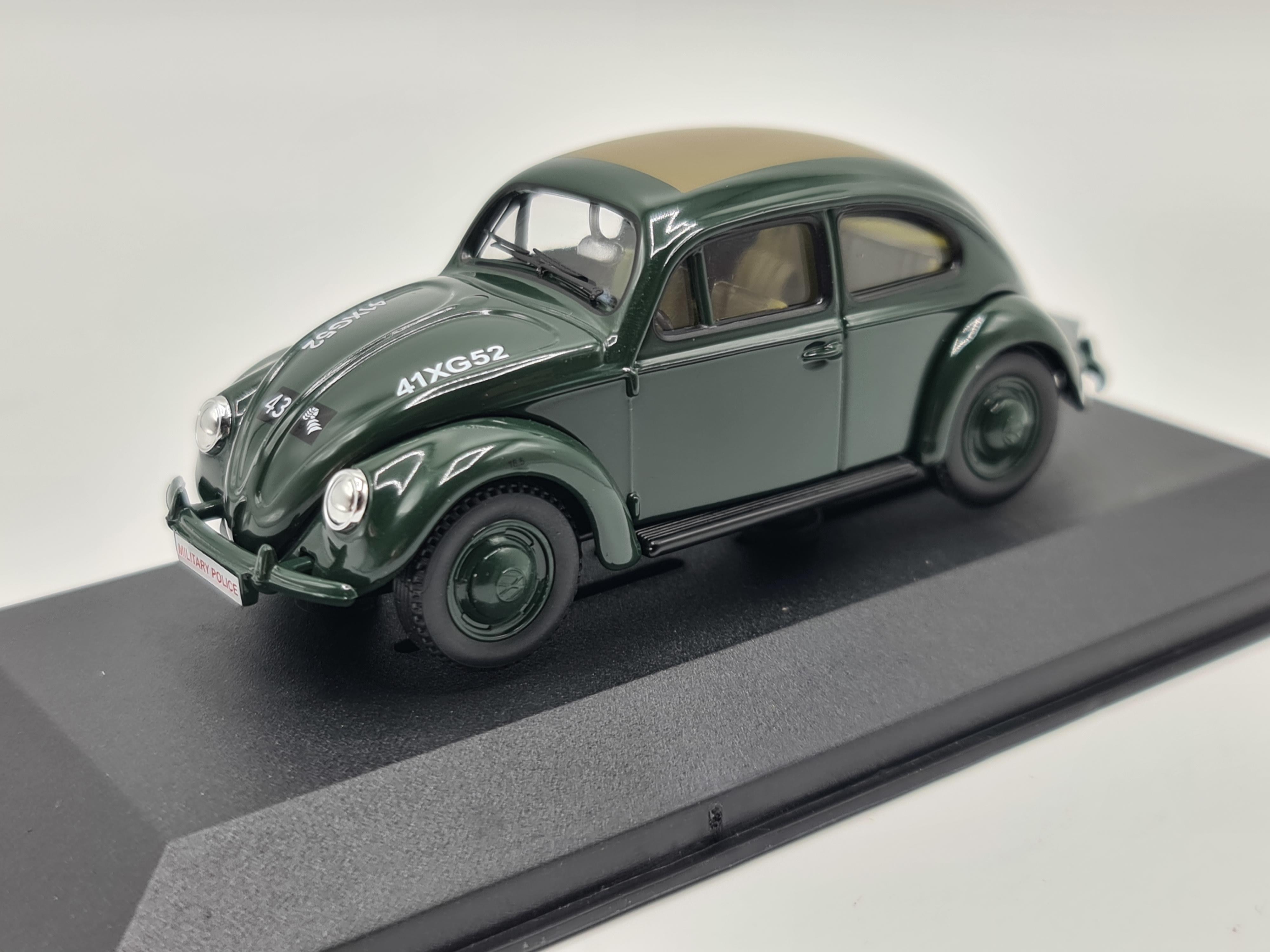 The "Standard" Beetle modelled was built at the VW factory in Wolfsburg, West Germany, on June 27th 1952 with no chrome trim or ‘deluxe’ accessories, a non-synchromesh gearbox, cable brakes and a sunroof. It was delivered on July 30th to the 151 Vehicle Company, Royal Army Ordnance Corps at Lippstadt, West Germany, for use by the British Forces and allocated to the Military Police. The bonnet displays the clenched fist of the 6th Armoured Division and the white on black 43 of its Armoured Divisional Provost Unit. The number plates were painted on the bonnet during this era and can be decoded thus: 41 the unit, XG the area code, 52 the car’s number.