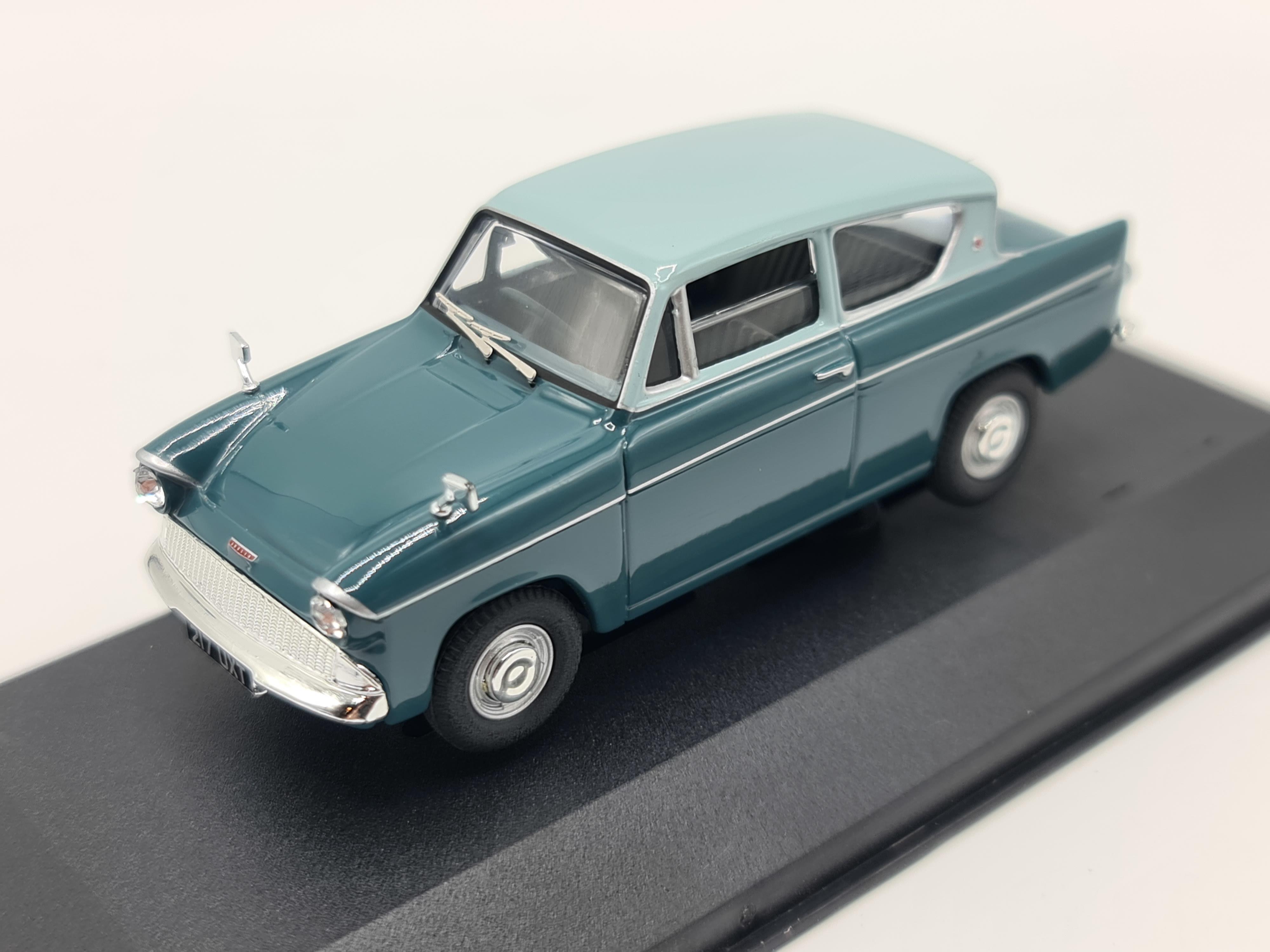 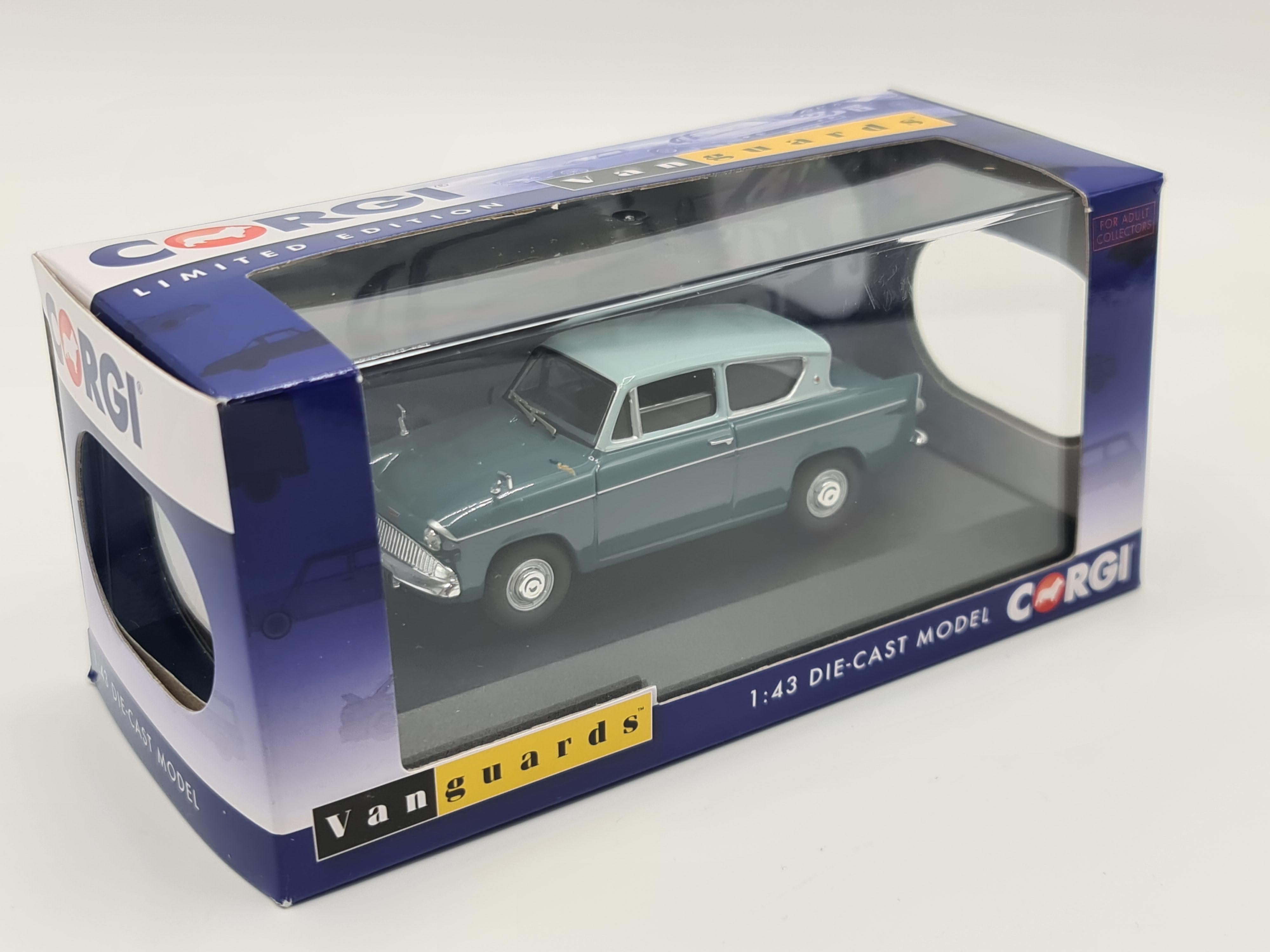 The Anglia modelled was supplied new by W. Harold Perry Ltd, Ford dealers in Westcliffe-on-Sea, Essex, on June 1st 1960. The first owner, D. M. Smith Esq, paid £652, 2 shillings and 1 penny for the car which included the optional extras of whitewall tyres and a heater. Current owner James Gardner from Kendal, South Cumbria, acquired the car in 2012 from the Classic and Sportscar Centre, Malton, in Yorkshire. Although it was basically in very good restored condition, and showing a low mileage of only 39,000 which is believed genuine, James has had the engine rebuilt and fitted a replacement MacPherson strut on the offside front suspension because it was badly bent.

The Ford Anglia was launched in 1959, the same year as the much more avant-garde Mini, but was a wholly different take on the small economical car, being a conventionally engineered front-engined rear-wheel-drive package. Its styling, however, was very influenced by Ford's larger Detroit-designed American market cars and that infamous reverse-rake rear window was the work of American stylist Elmwood Engel. Crucially it sold well, and profitably, for Ford who did not produce a small front-wheel-drive car along the Mini's lines until the Fiesta was launched in 1976. The Anglia's new free-revving overhead-valve 'Kent' engine began a family of 'over-square' power units which, much modified as the 'Crossflow' and then subsequently 'Valencia', would endure into the early 21st century and gain numerous competition victories.