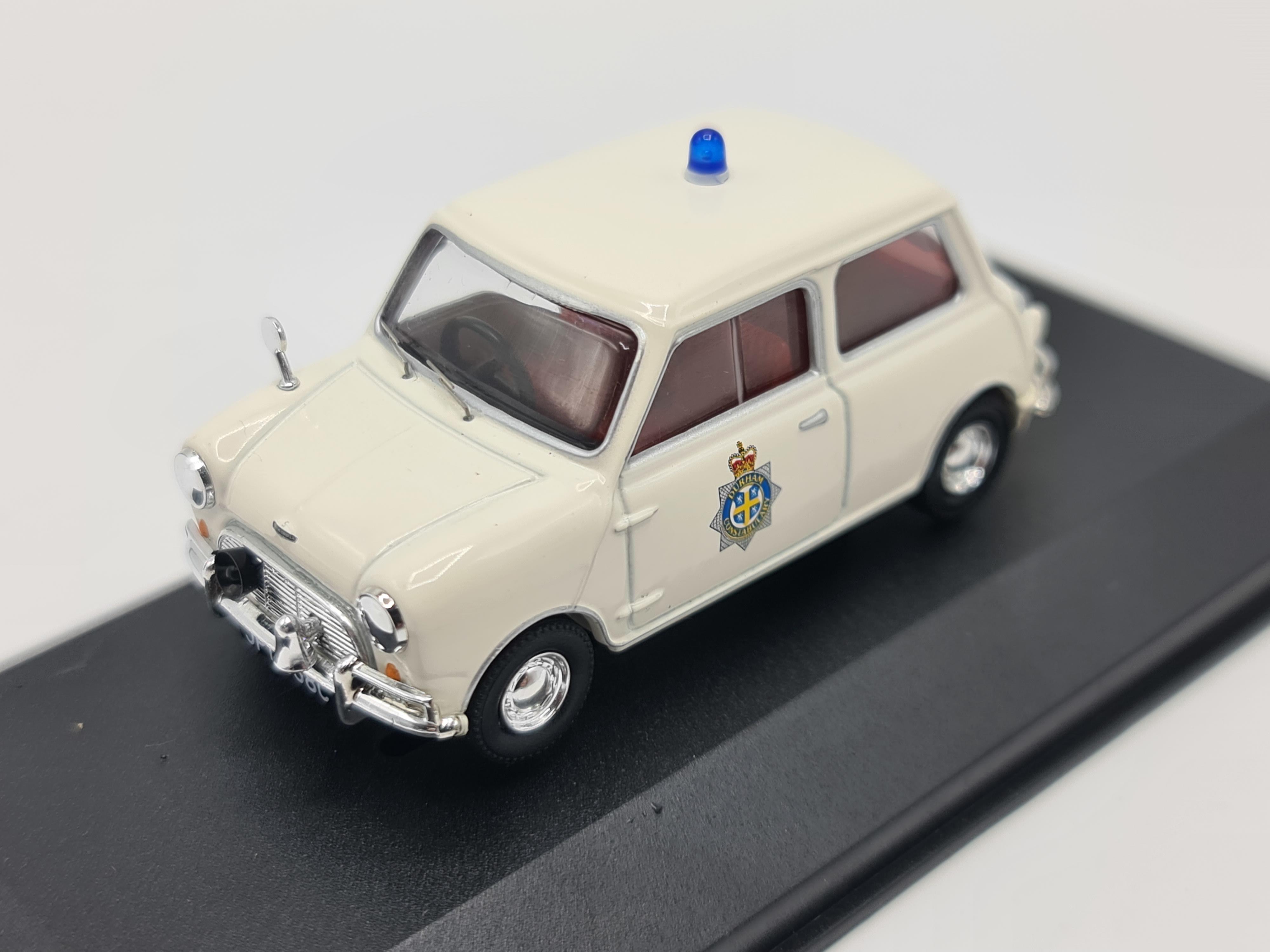 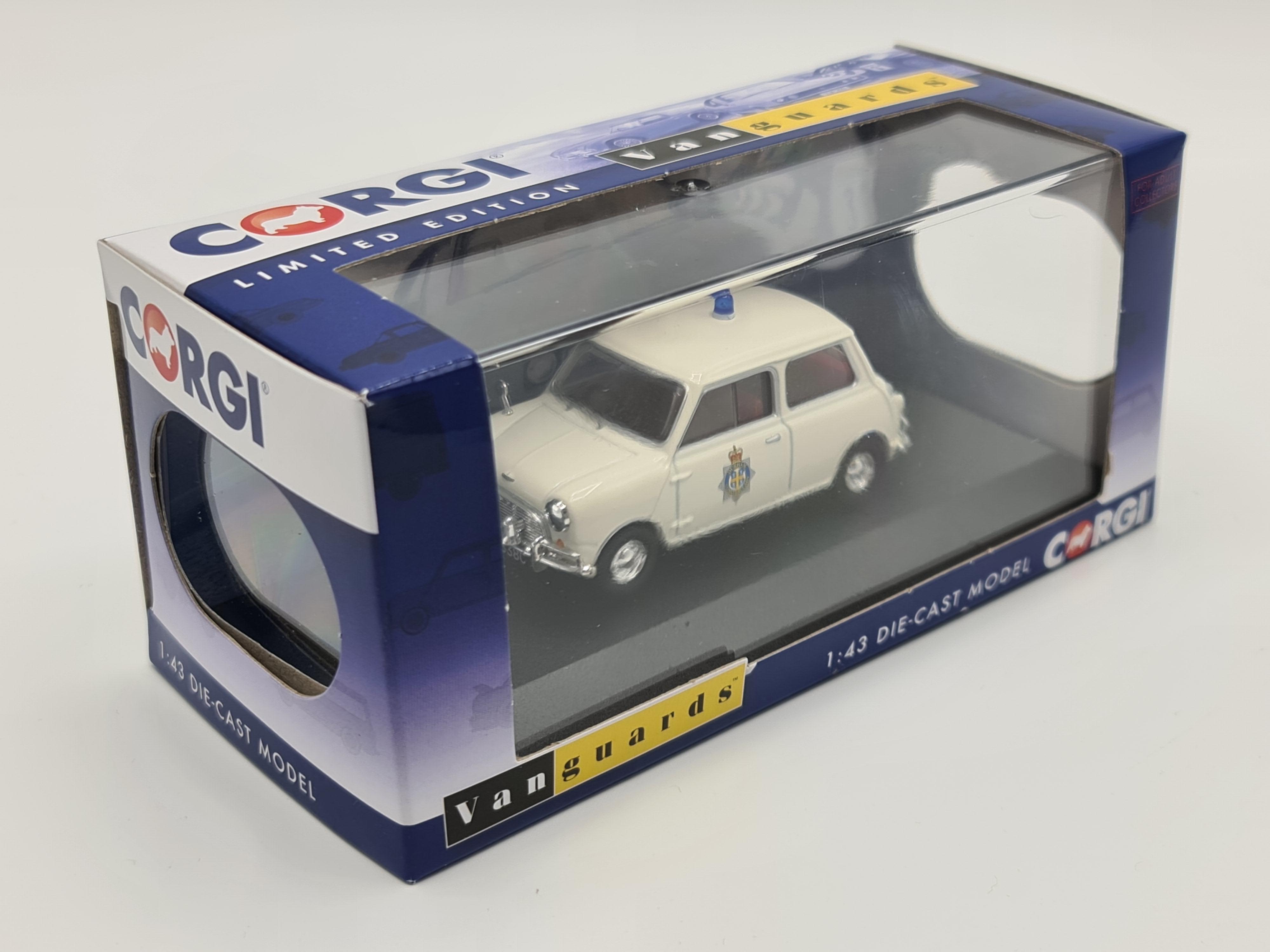 The Cooper S modelled was a Durham Constabulary Traffic Car and was usually operated by a female crew of two. It was one of several Mini Cooper S vehicles on their fleet, as period photographs prove, but the car itself no longer exists. Mini Coopers were popular traffic cars in the North East as their size and spritely performance made them very agile in both the urban and countryside topography that makes up County Durham. Their front-wheel-drive configuration also provided good traction in harsh winter conditions on the North East's hills. They were rarely used for dual carriageway or motorway work though as Durham Traffic Police used more powerful Jaguar Mk2s in this role.

The Mini Cooper's potential as a police car was obvious immediately the 997cc model was introduced in 1961. However, it really came into its own in February 1964 when the 1275cc Cooper S version arrived. Its greater engine capacity meant extra torque so less performance was sacrificed when the vehicle was carrying the weight and aerodynamic penalties police traffic patrol cars incur when fully equipped. It became a popular vehicle in this role with police forces all over the UK, especially those in the North, and was used in a basically standard form except for the fitment of an alternator to handle the Police vehicles greater electrical load and often, but not in this car, motorsport derived twin fuel tanks to give greater range.