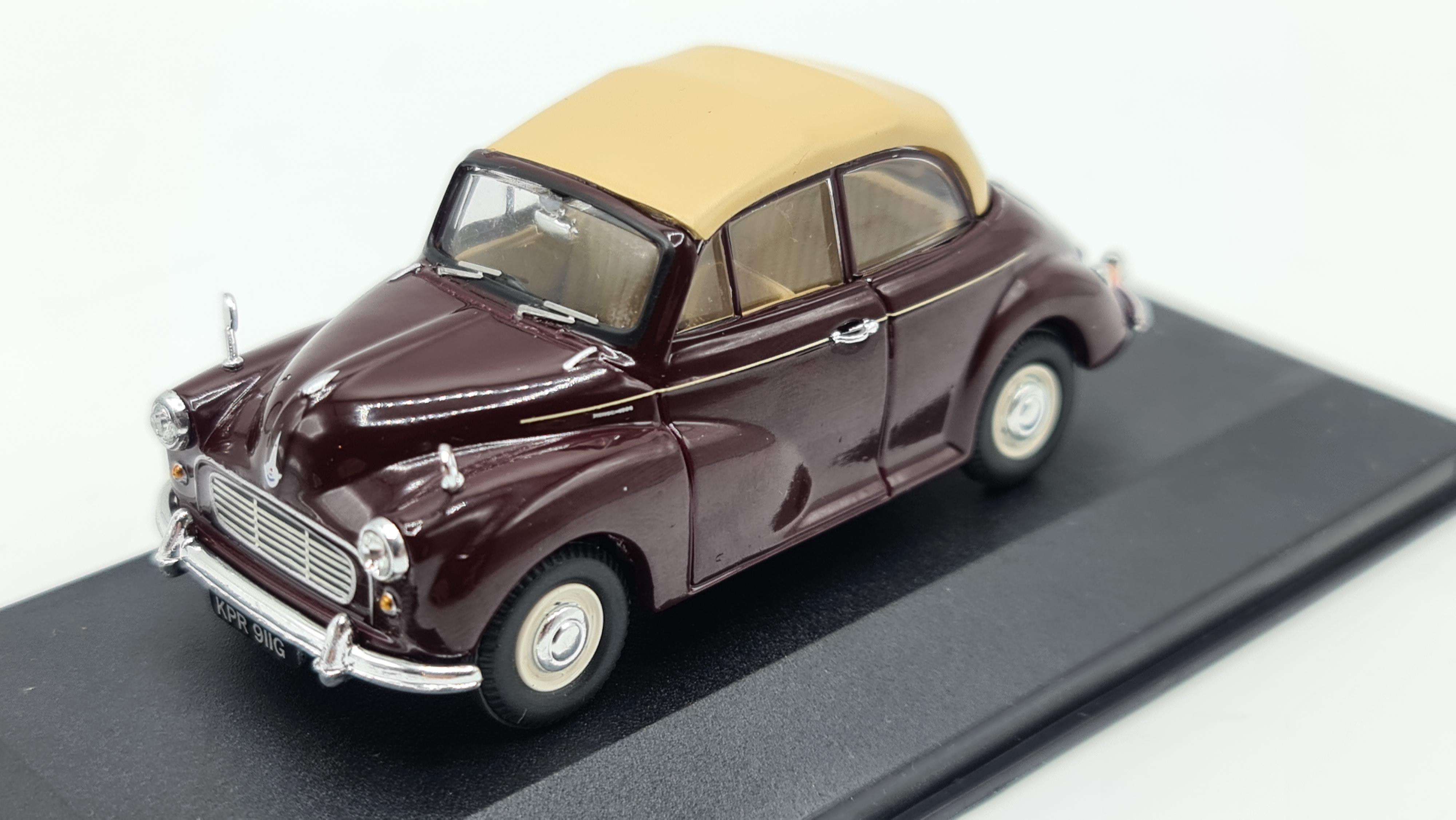 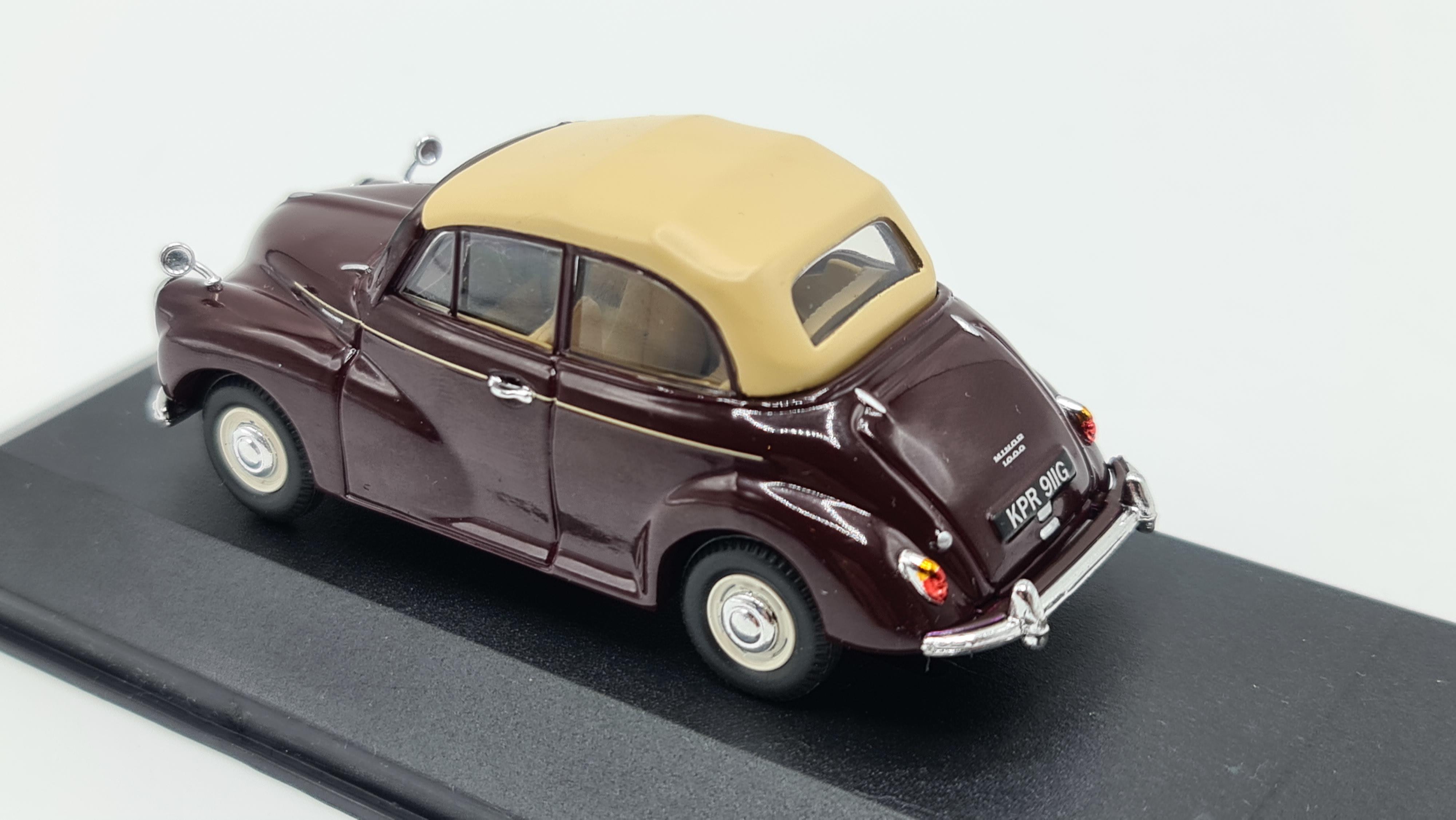 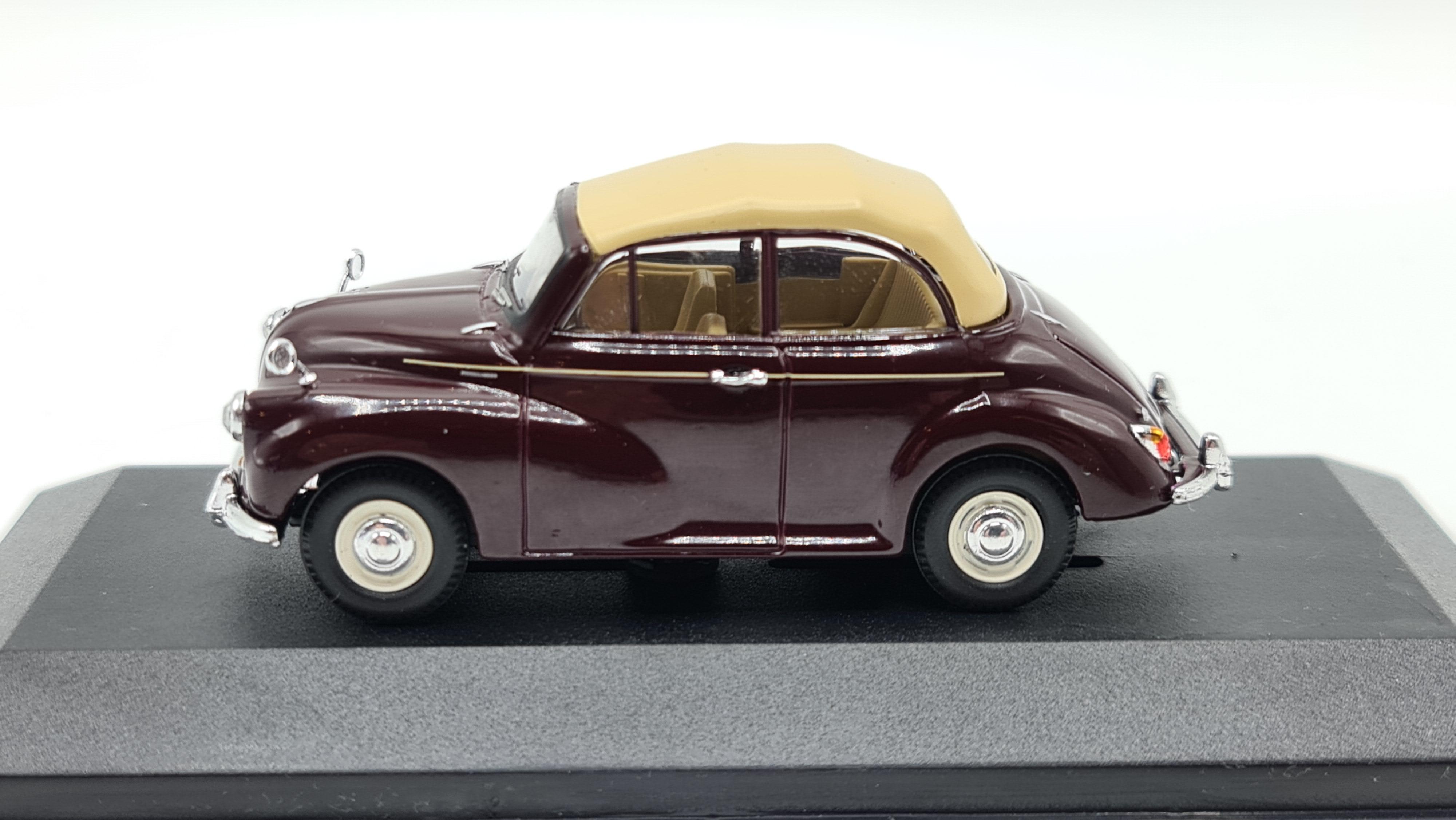 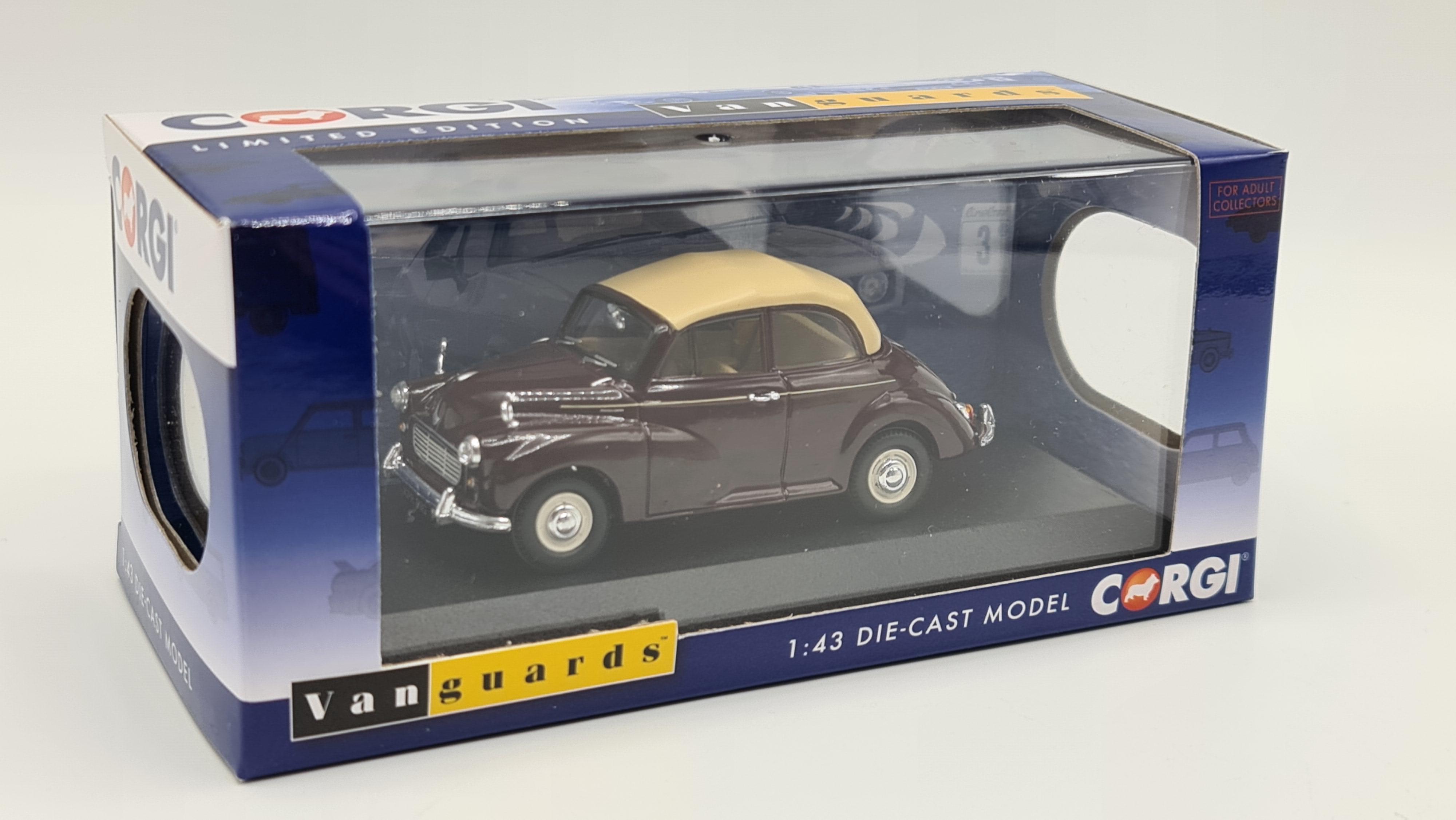 The Minor modelled was completely rebuilt in 2005 by well known Morris Minor specialist Charles Ware of Bristol for its then owner. It has been owned since January 2016 by its seventh custodian, Kent-based enthusiast Steph King, who purchased it from well-known dealer Garry Shortt of Classic Chrome Ltd. She named the car Mabel after her Great Aunt and uses it regularly. Whilst being restored it was fitted with a 1275cc version of the original 1098cc BMC A-Series, engine connected to a Ford Type-9 5-speed gearbox and uprated brakes. The resulting car has retained the Minor's original character but with significantly improved performance, making it more suitable for modern traffic conditions. Maroon 'B', was introduced in 1968 so Convertibles in this shade are rare as the last one was made in June 1969.

The open-top Minor was initially called the Tourer and had lift-out side-screens, but from June 1951 integral glass rear windows were added and it became known as the Convertible. The example modelled was built at Morris' Cowley Plant on January 3rd, 1969 and despatched to Morris' London agent, Stewart and Ardern Limited, of Morris House, Acton, on January 7th. Stewart and Arden were Morris' first customers, placing an order off blueprints for his proposed new car in 1913, and grew with Morris to become the largest car dealership in the UK after they opened the large Morris House premises in 1926.