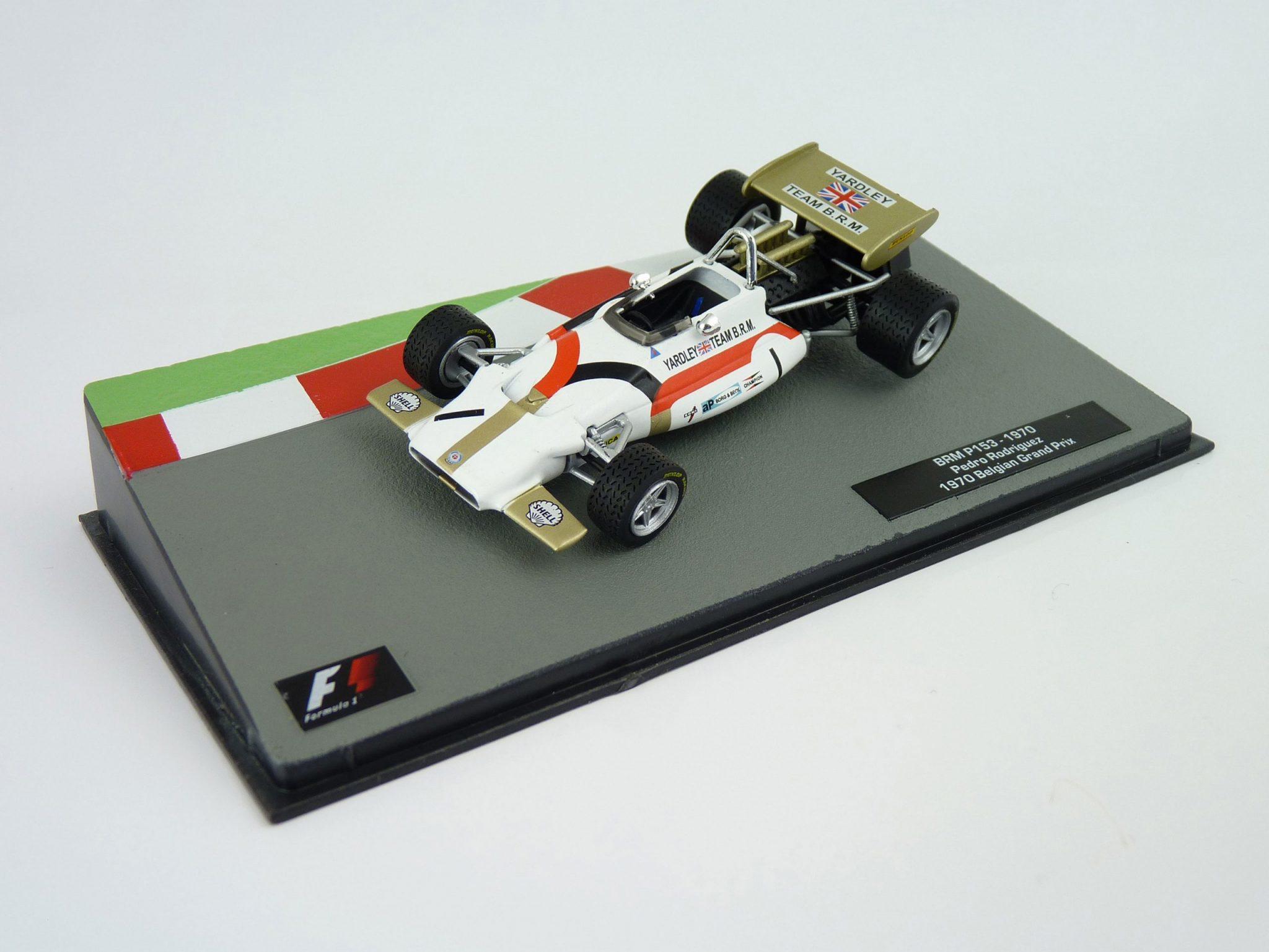 The BRM P153 was designed by Tony Southgate for the British Racing Motors team, which raced in the 1970, 1971 and 1972 Formula One seasons. It was powered by a 3.0-litre V12 engine. Its best result was victory at the 1970 Belgian Grand Prix, where Pedro Rodríguez beat the second-placed March of Chris Amon by just 1.1 seconds. The model was first shown in BRM's traditional British racing green, but by the time it appeared on the race tracks it was in the colours of the team's sponsor, Yardley of London.