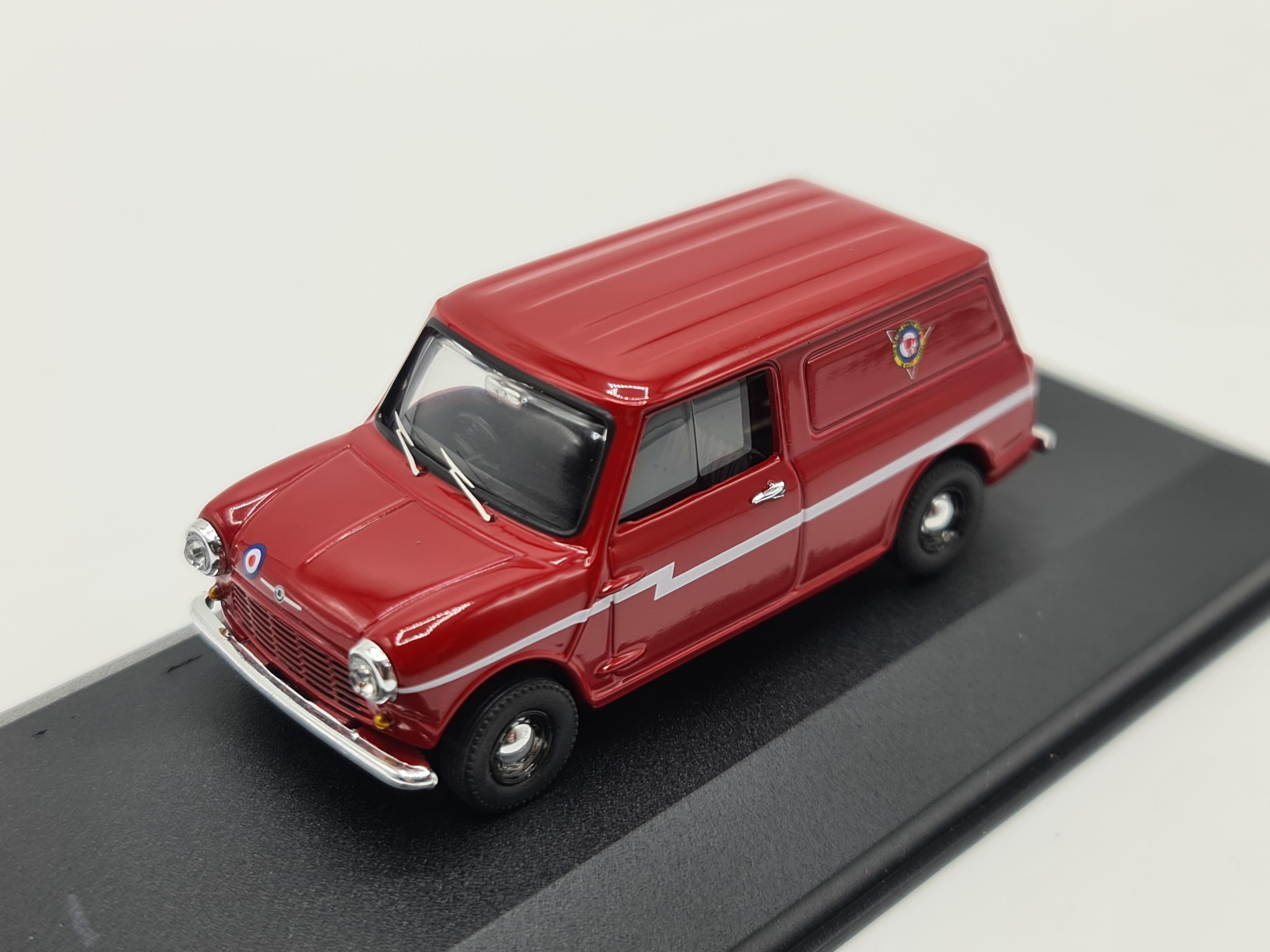 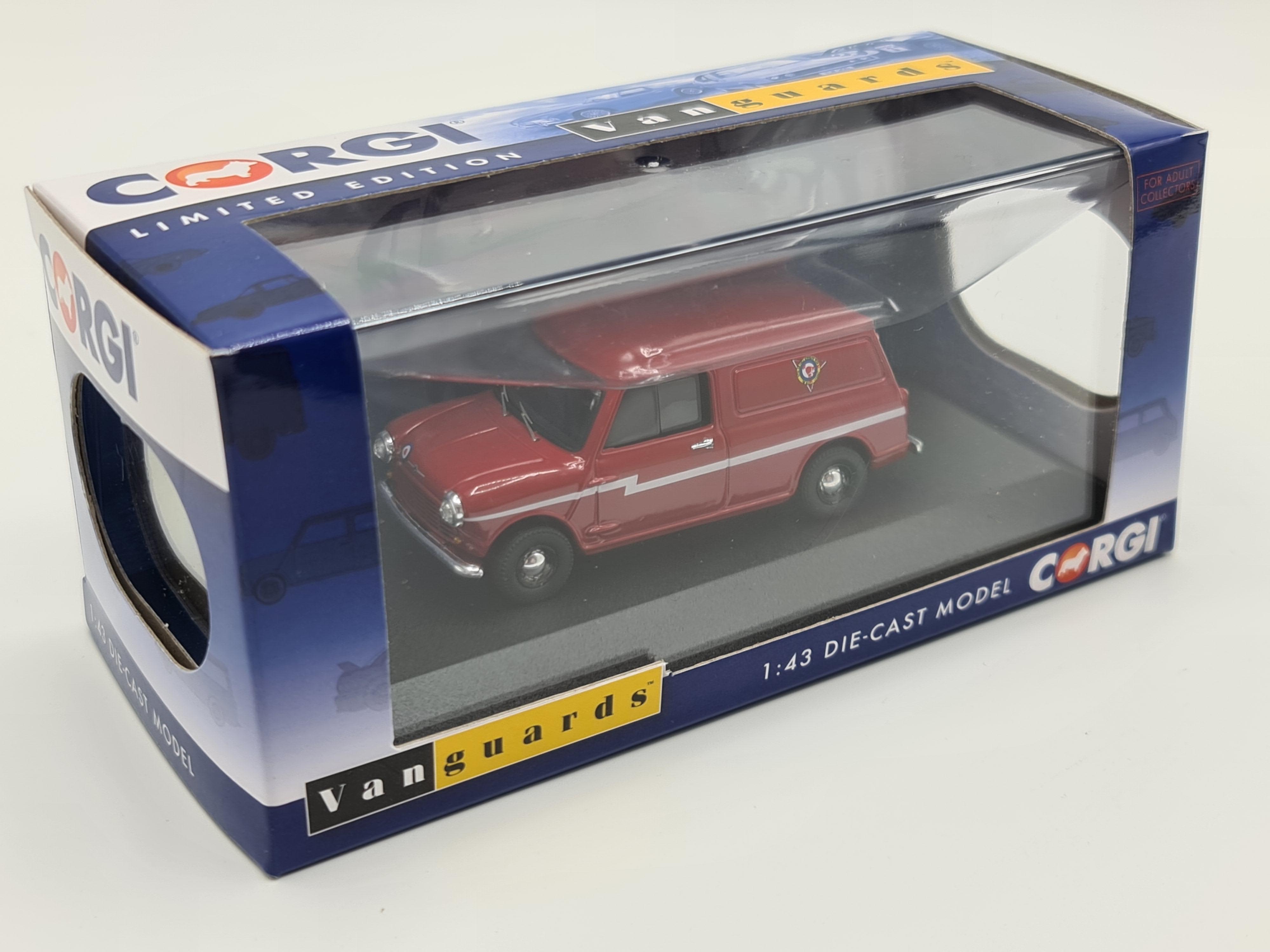 The Mini Van was used by the UK military in a huge variety of transportation roles and, being economical, reliable and surprisingly capacious, was ideal for use on large RAF airfields where its lack of ground clearance wasn't an issue. The example modelled was used by the Royal Air Force Aerobatic Team, 'The Red Arrows', in a general transportation role in the early 1970s when the legendary display team were based at RAF Kemble, Gloucestershire, their home between 1966 and 1983. At this time they were still flying the Folland Gnat, which they used from being formed in 1965 until it was replaced in 1980 by the BAE Hawk they still use today.

In 1964 the Royal Air Force amalgamated its three aerobatic display teams into one premier unit, the Red Arrows. The name was taken from the Black Arrows team and the colour scheme was a tribute to the Red Pelicans, while the aircraft chosen to be flown, the Gnat, had been used by the Yellowjacks. The quality of their displays have become famous the world over and becoming a pilot in the Red Arrows is extremely prestigious. To apply for selection RAF pilots must have a minimum of 1,500 flying hours, have completed a front line tour and be assessed as above average. Every year nine applicants are rigorously tested and three are chosen to replace those that have finished their three year tour.