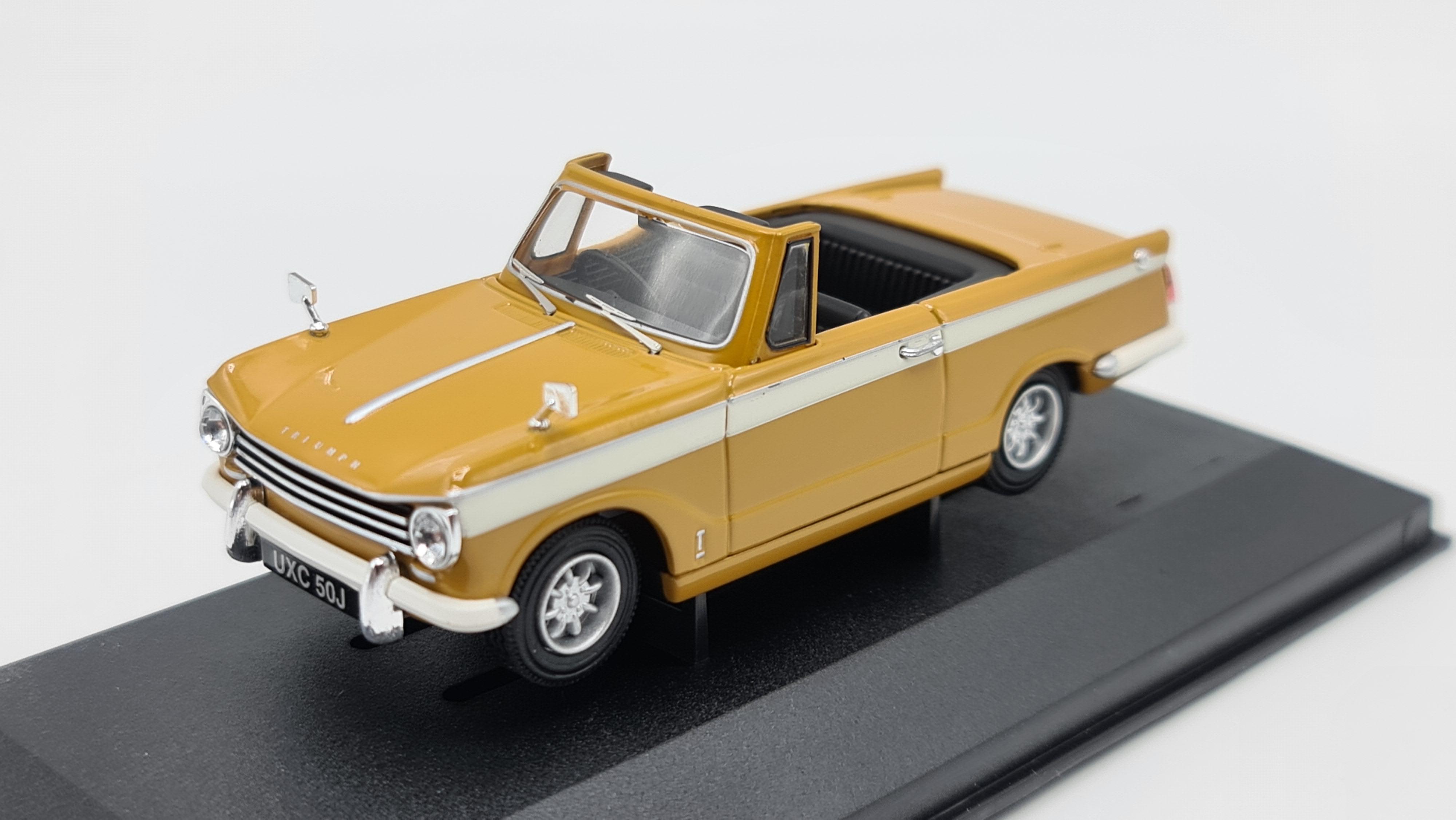 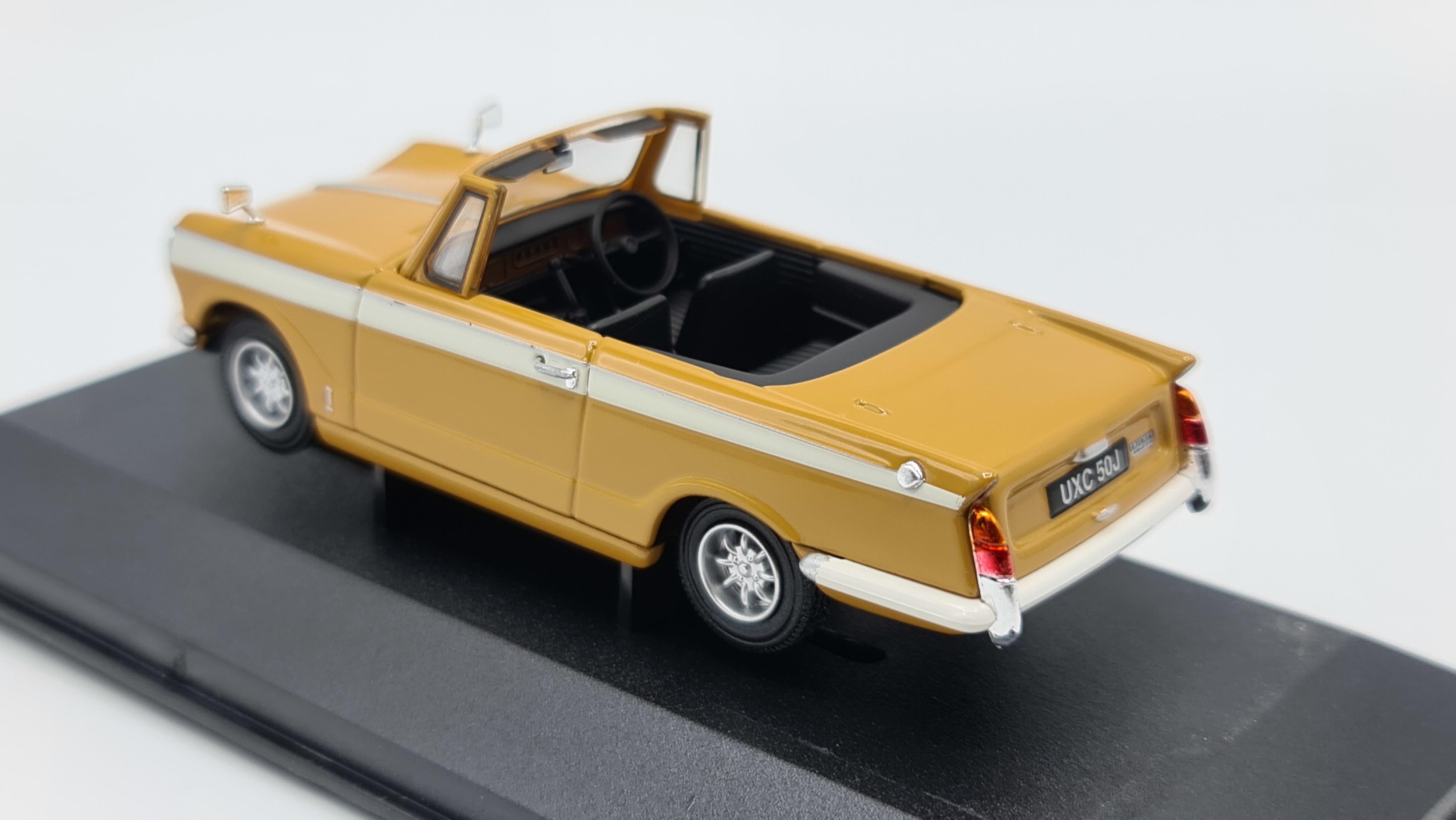 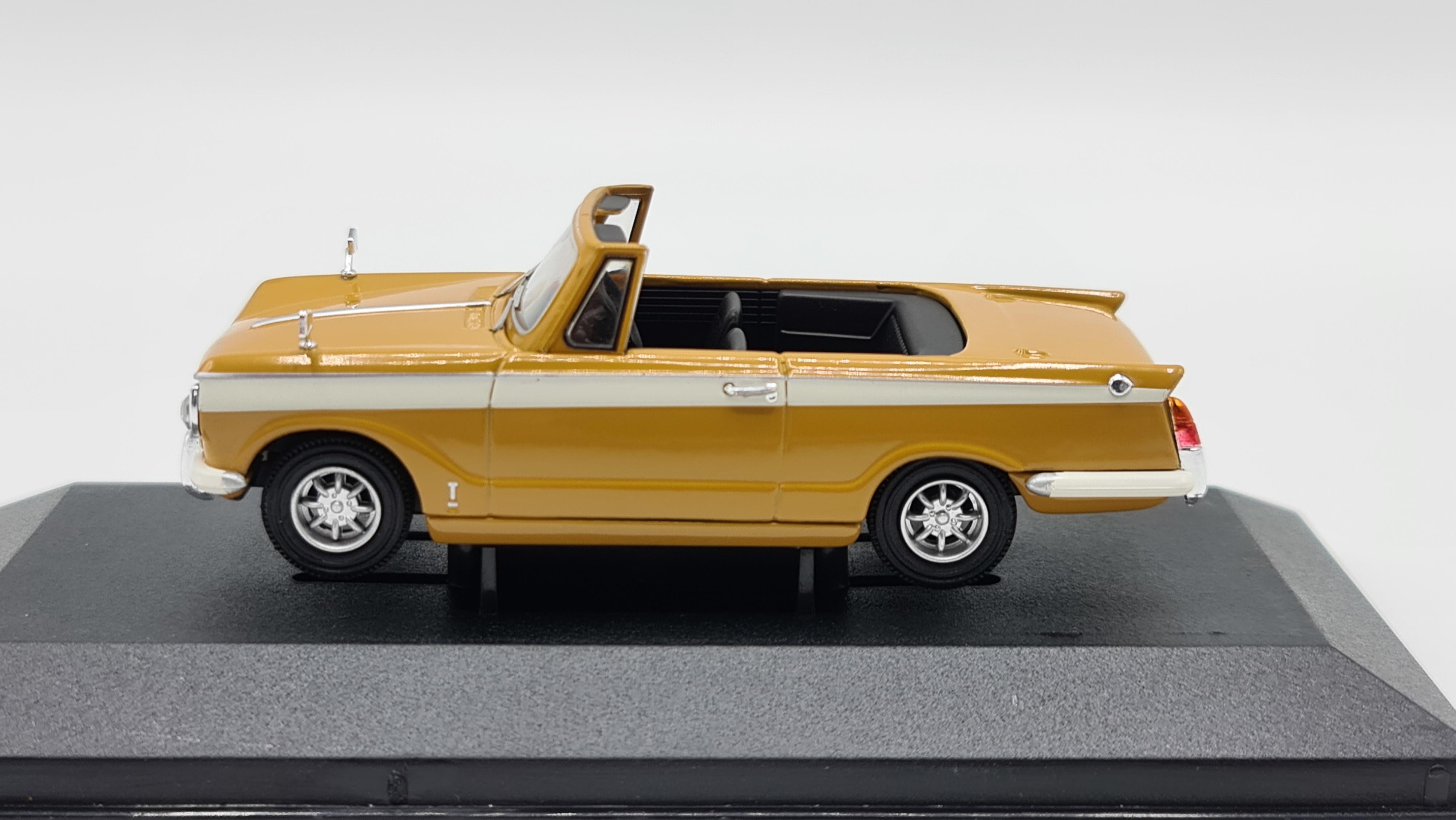 Most initially expected the Herald to be phased out after Triumph's new front-wheel-drive 1300 saloon was launched in 1965, but it continued to sell well, partly because it was cheaper and partly because it had built up a loyal following. Thus Triumph gave it a facelift in 1967 and created the 13/60 (1300cc engine, 60bhp) using an over-bored version of the previous 1147cc 12/50 engine. Its styling was also substantially, but very economically, updated by use of the Vitesse bonnet-pressing with single instead of twin headlights. In this form the saloon remained in production until replaced by the Toledo in 1970. However, the last convertible 13/60s, as modelled here, were built in September 1971.

Triumph chose to make their new Herald using a separate chassis, which was seen by many as out of date technology when the car was launched in April 1959. However, it made sense for a small company like Standard-Triumph as a number of body styles could be produced on the same chassis much more simply than if it had been of a monocoque construction. It was also pragmatic, larger rivals BMC had recently purchased body builders Fisher and Ludlow and refused to supply bodies to a market rival, leaving Standard-Triumph little alternative. However, engineer Harry Webster was able to turn the initial problem into a triumph by designing a body which was efficiently bolted on to the chassis in sections at the Canley factory.