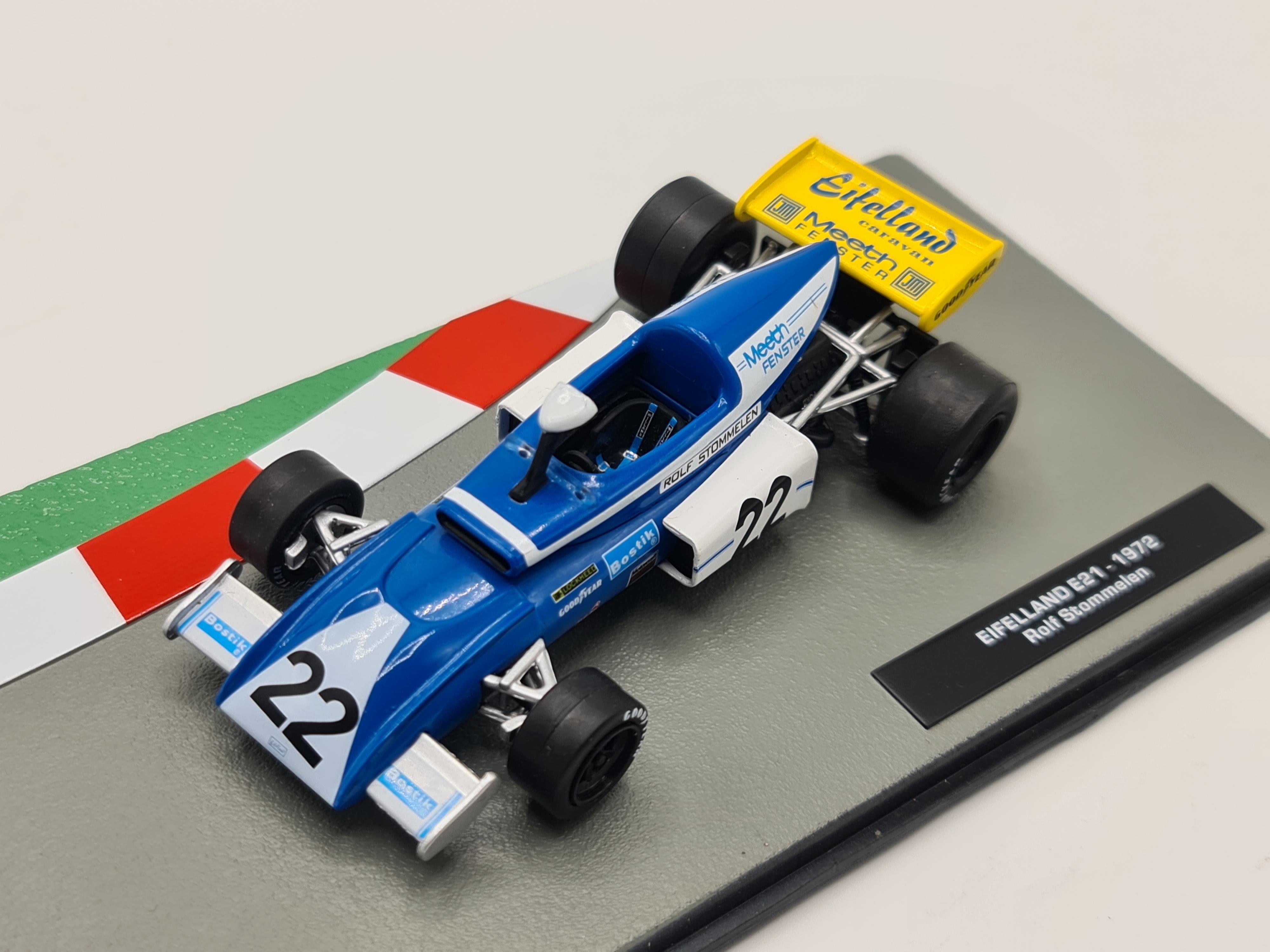 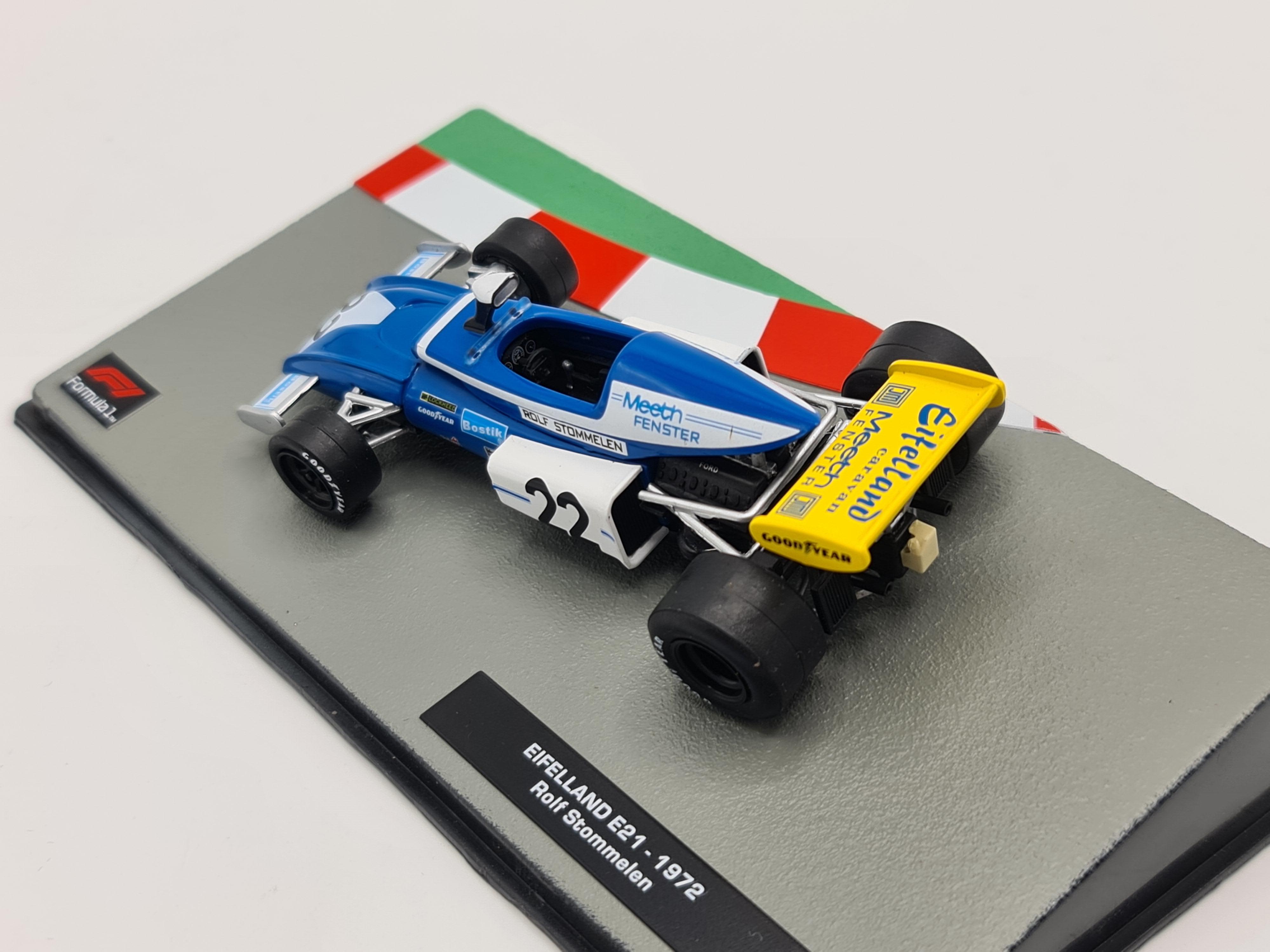 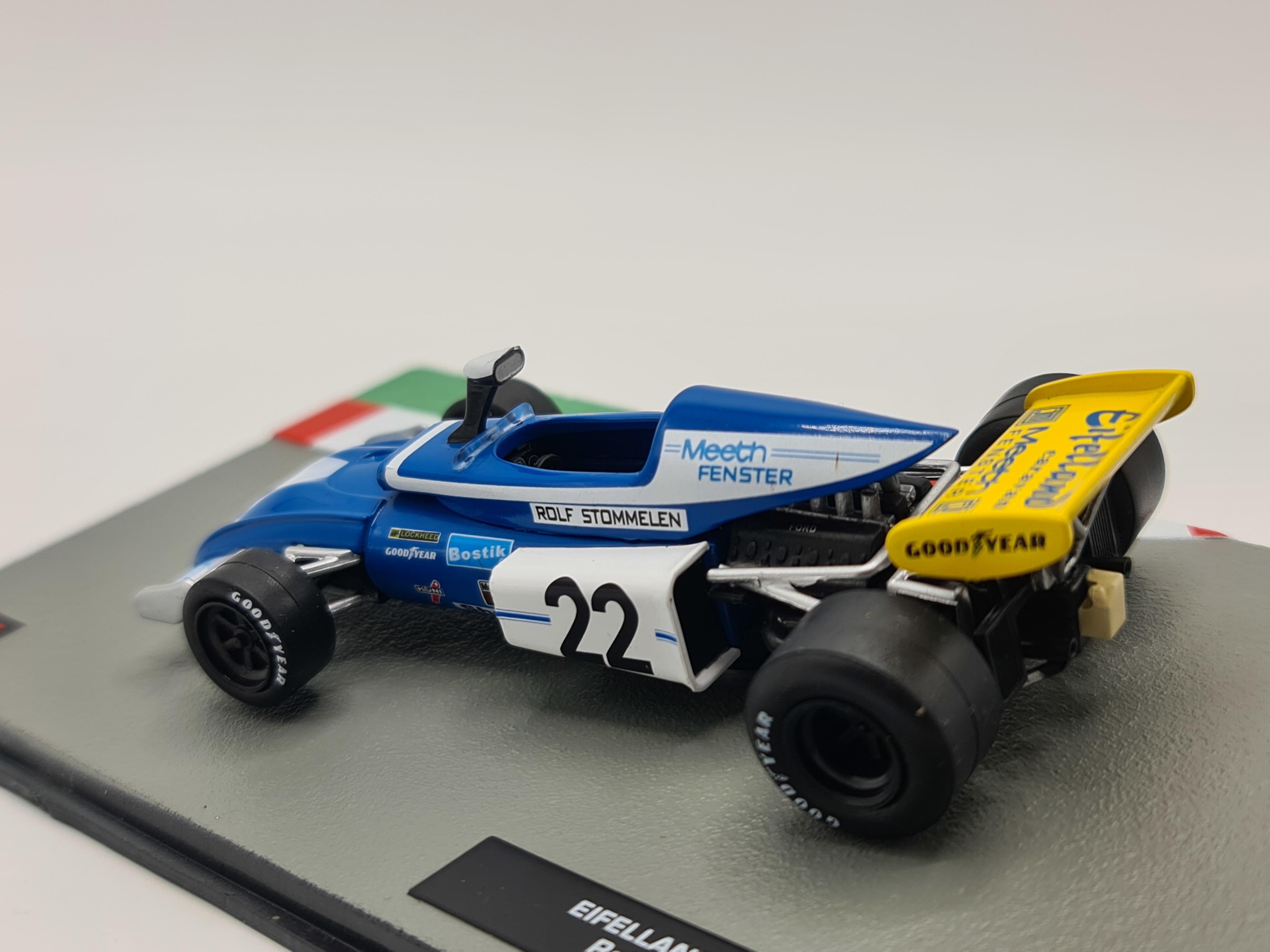 Eifelland was a German Formula One team, named after its German owner Günther Hennerici's caravan manufacturing company. Hennerici owned a successful business and in the beginning he saw racing as a great possibility to advertise his product. The name Eifelland was chosen after the Eifel mountains where Hennerici was born, which are located close to the Nürburgring.

Eifelland only participated in the 1972 Formula One season. Their driver was German Rolf Stommelen, however the two soon suffered disagreements.

The car was based on a March 721 Formula One car, redesigned by German designer Luigi Colani in his typical rounded aerodynamic style. The car featured an air intake in front of the driver, with the air being guided around the cockpit to the engine. A single rear view mirror was mounted in front of the driver. Problems with overheating, downforce and reliability meant that the team had to replace some of Colani's designs with the originally-designed parts from March.