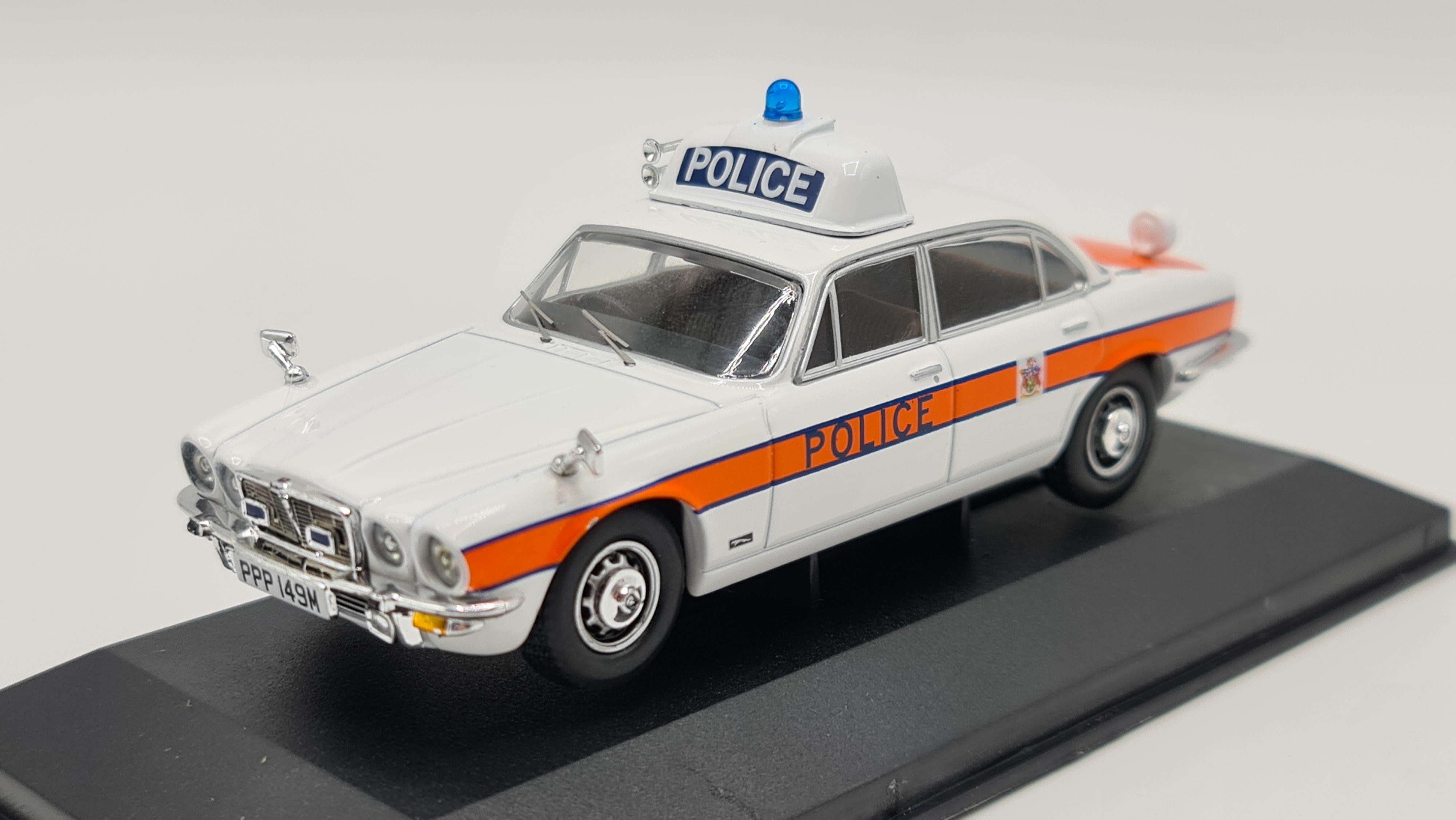 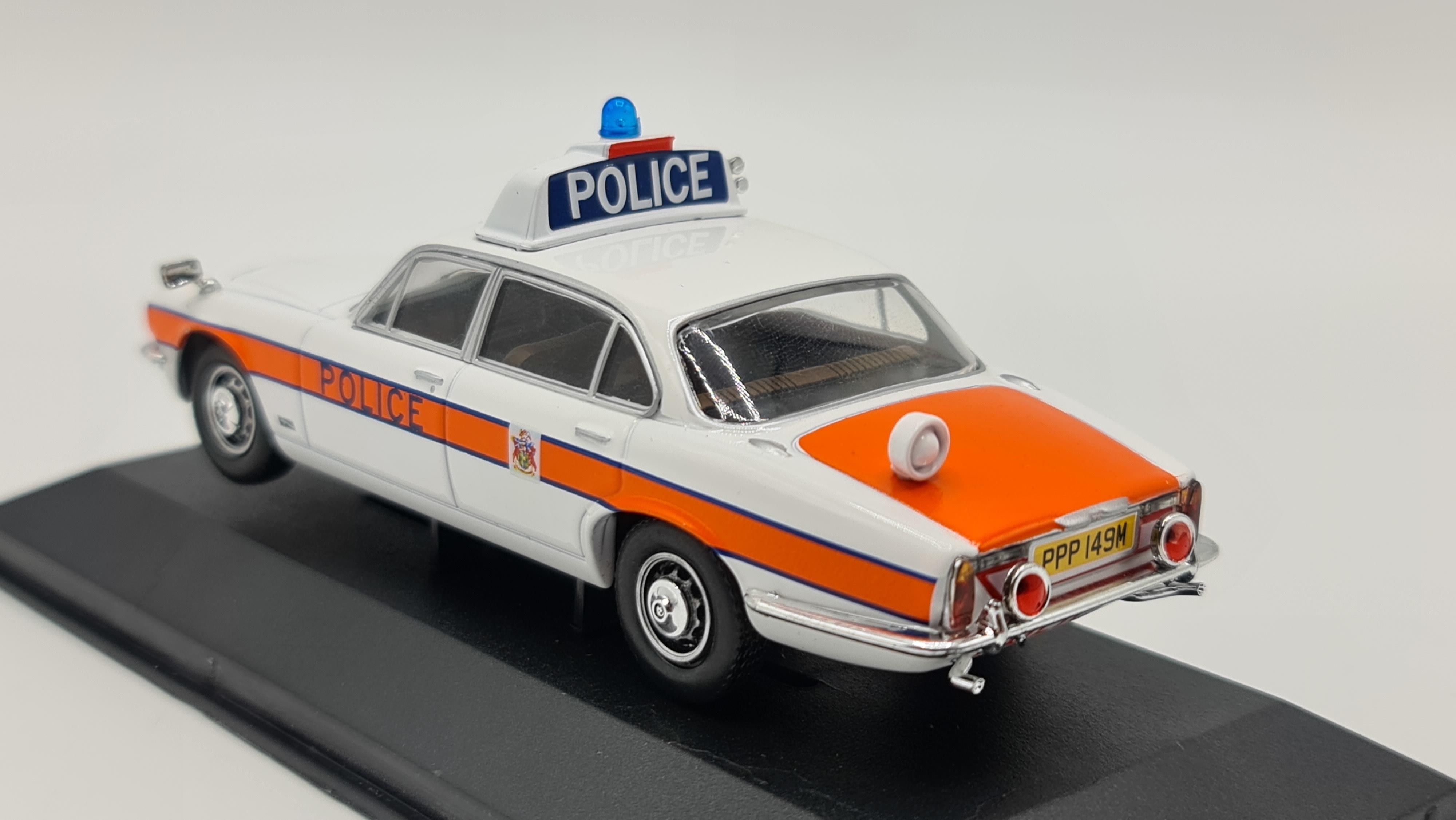 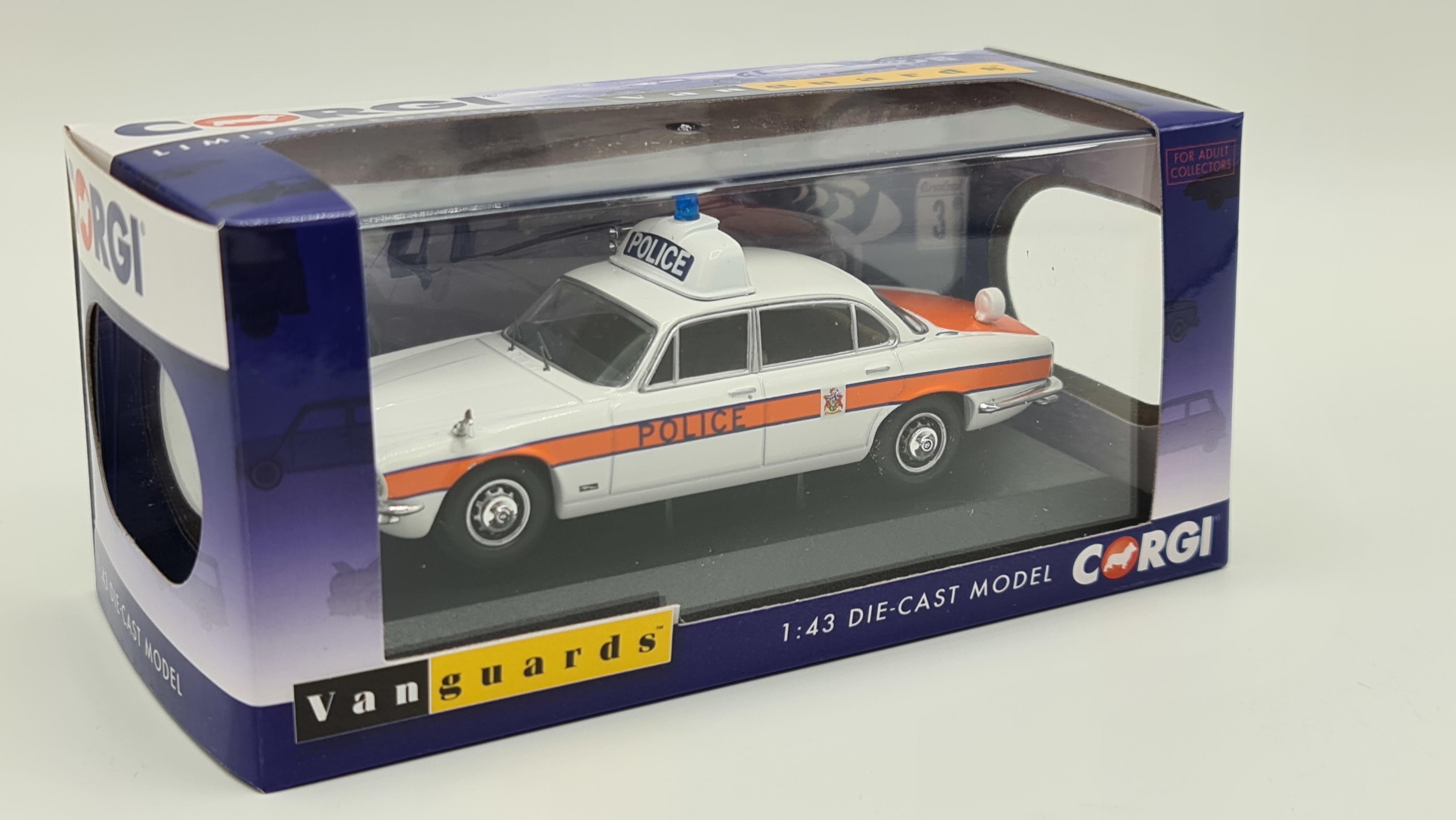 From late summer 1974 the Thames Valley Police (TVP) XJ6 modelled was based at TVP HQ, Kidlington, or 'Traffic South' as it was known. This was also where TVP serviced their vehicles. It was one of a number of 4.2-litre Jaguars, all fitted with a manual/overdrive gearbox, used by TVP 'Traffic' for motorway work. They were very popular with the officers who crewed them and many considered them to be the best motorway car that the force ever used; their speed and general performance were outstanding.

This particular car had an experimental Dayglo orange vinyl sticker on the boot lid, which gradually faded with frequent washing and was not fitted to TVP's other Jaguars. At that time the force's work was divided into three traffic areas, North Eastern, North Western and Southern. The traffic officers would work for two weeks on the motorway using the Jaguars and then two weeks on Divisional Traffic, which at this time was transitioning from using Rover P6 V8s to V6 Ford Granadas. All the Jaguars had their rear seats removed and a plywood floor fitted on which were stored 24 cones, a first aid kit, jack, crowbar, stretcher and other equipment. Red warning flares were stored on the back parcel shelf and signs in a rack in the boot. Any prisoners or other passes in the Jaguars had to sit on a wooden platform between the cones, without a seat belt.