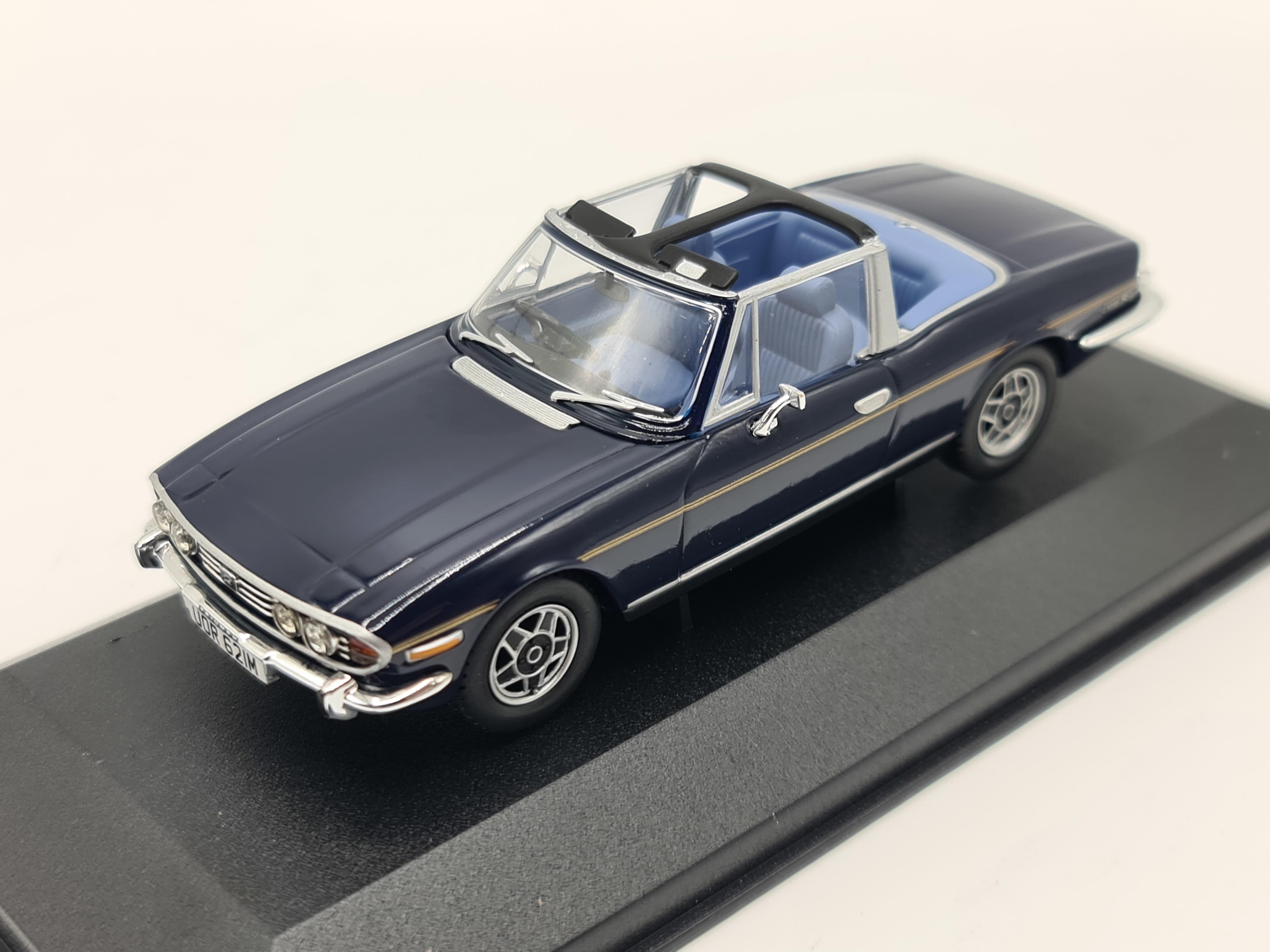 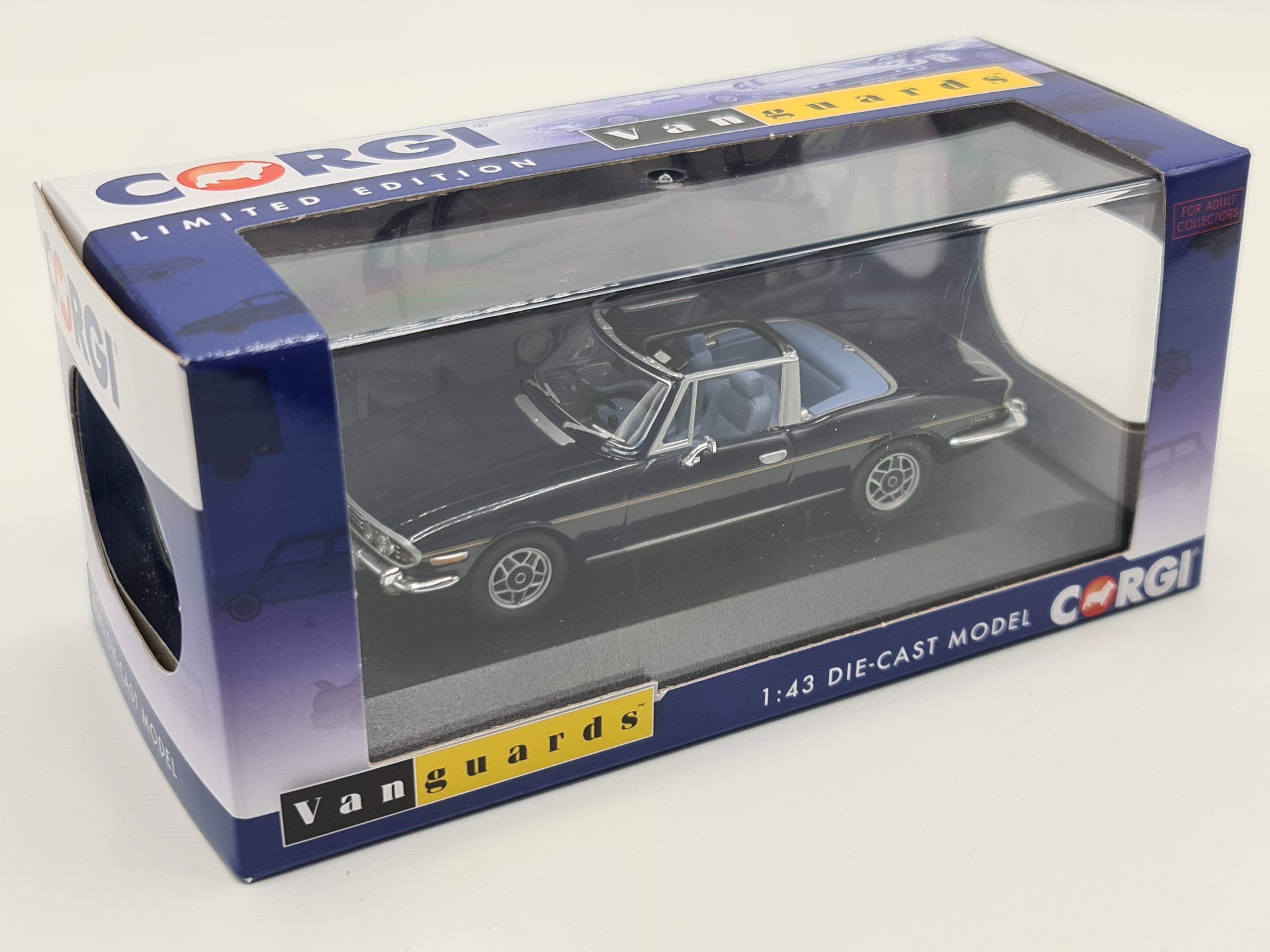 The Stag modelled was purchased from BL Dealers F.W. Warwick and Son, Petersfield, Hampshire, on June 12th 1974, by David Ford, from Hayling Island. It cost £3146.56, including a £41.45 laminated windscreen and a whopping £292.98 for a Radio-Mobile 108SR cartridge 8-track player. He had major engine repairs carried out on the car in 1980, which resulted in a court case with the garage concerned; correspondence in which Ford stated "car worse than before" has remained with the car. Stag specialist Clive Tate did a full engine rebuild in 1990, after it had blown up while Ford was holidaying in Wales.

He obviously loved the car though, as he kept it until July 2011. David Ford had the body restored in 1994 at a cost of £4300, and second owner, Peter Harper, carried out more restoration work including having the seats retrimmed in the original shadow blue Ambla vinyl, a new blue hood, and new stainless steel bumpers. However, he only kept it 18 months before current custodians, Cambridgeshire-based David Currington and Helen Field, purchased it in December 2012. It's now covered just over 90,000 miles and, having been well looked after, is a very good but usable example. David and Helen have had the hard-top resprayed and the manual-overdrive gearbox rebuilt after reverse gear sheared off. They are enthusiastic members of the Stag Owners Club, attending events regularly, and enjoy using the car all year round.