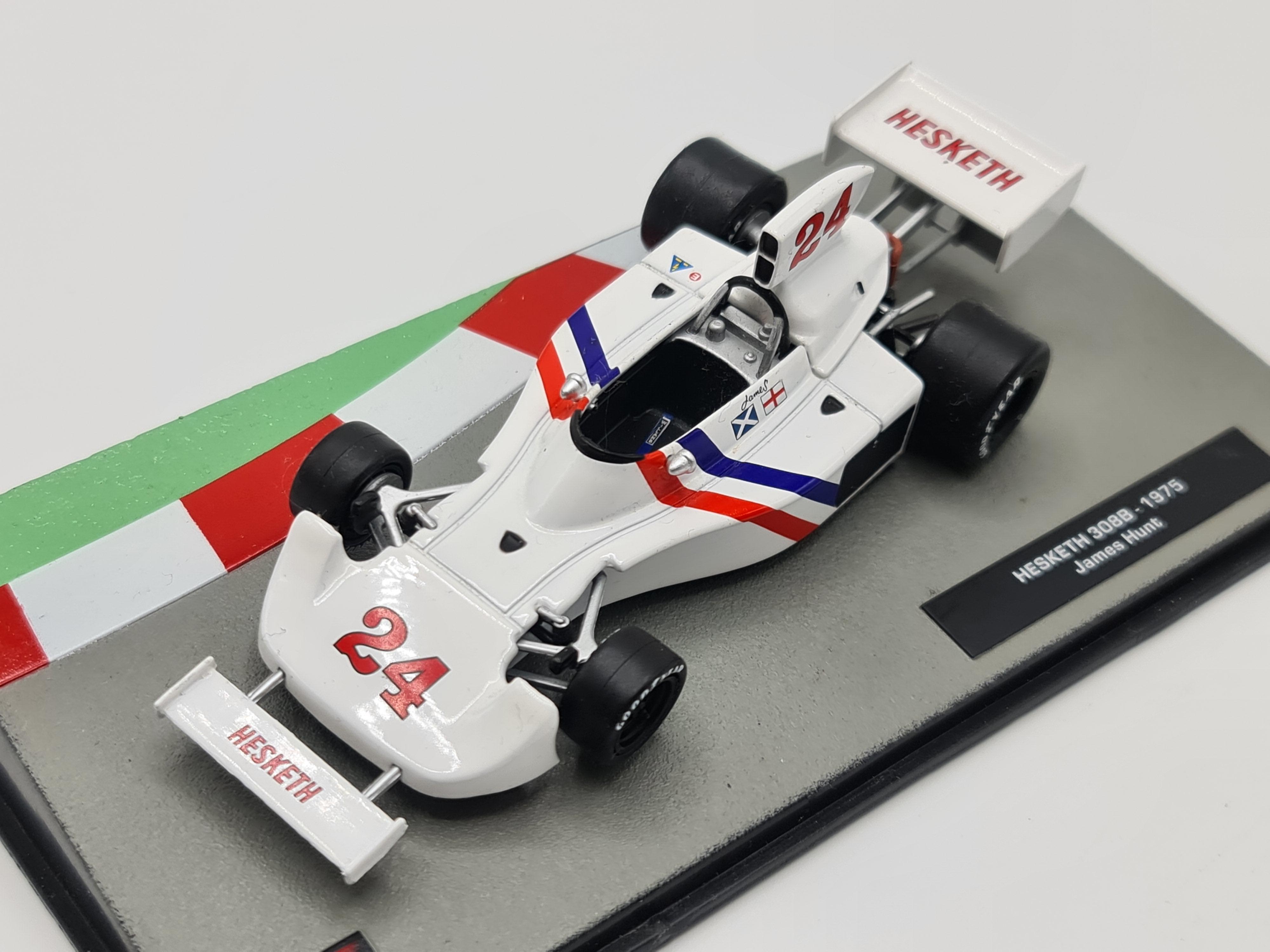 The 308 replaced the ageing March 731 chassis that the team had been using since coming into Formula 1 the previous season, and was loosely based on the March design.  It was powered by the Ford-Cosworth DFV and when the car was first launched featured conventional front suspension comprising double wishbones with outboard mounted coil-spring damper units.  Postlethwaite was looking for a way of fitting simple, lightweight progressive springing to the car and latched onto the idea of using rubber springs after a friend involved in designing rubber damping for buildings in earthquake zones suggested the idea.  Early tests in 1974 proved unsuccessful until a special non-creep rubber was developed by the Malaysian Rubber Producers Association.  This was formed into springs by the Aeon Products company and following more productive testing results, fitted to the car from the 1975 Argentine GP.  Originally, Lord Hesketh had plans to fund and have built a V12 engine to accompany the car, but this never came to pass, and the DFV V8 was used exclusively.  Four chassis were built over the three seasons the car competed. 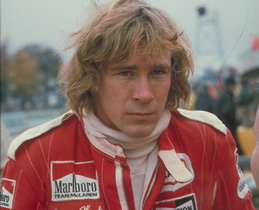 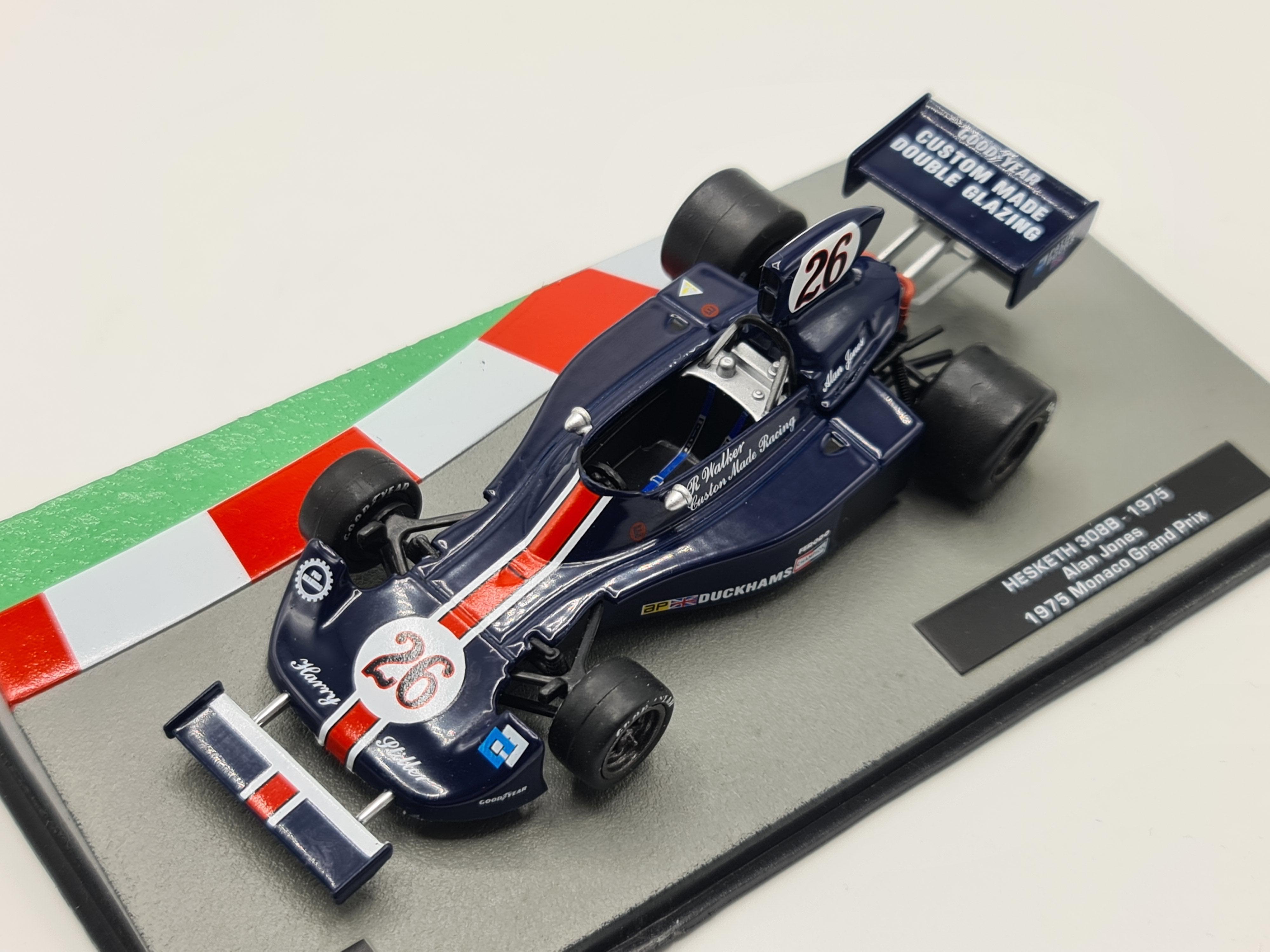