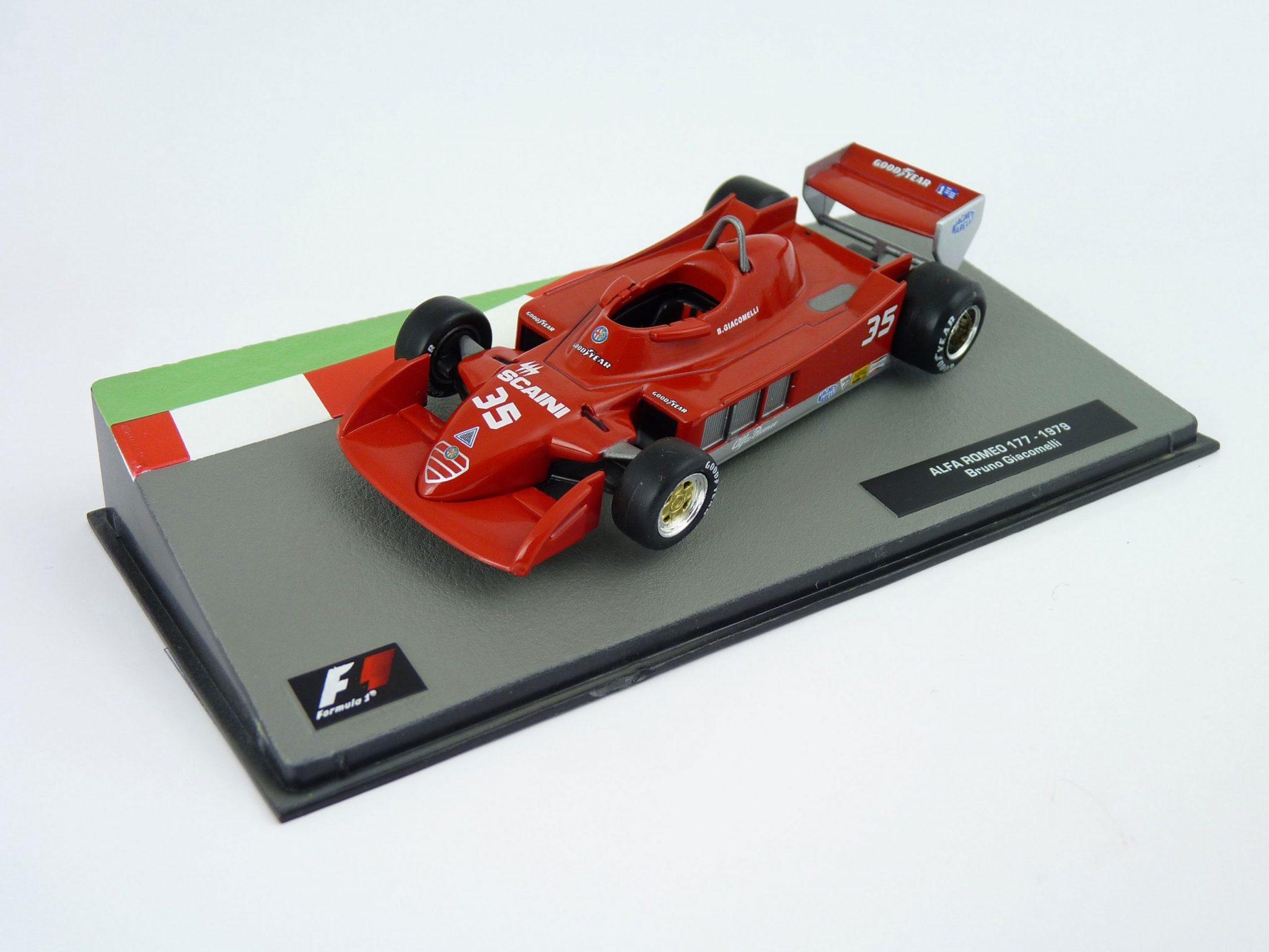 The Alfa Romeo 177 was used by the Alfa Romeo team during the 1979 Formula One season, debuting at the 1979 Belgian Grand Prix. The 177 marked Alfa Romeo's return to Formula One, 28 years after winning the World Drivers' Championship titles in 1950 and 1951.

The car was constructed by Alfa Romeo's racing department Autodelta, and featured a Carlo Chiti designed Alfa Romeo flat-12 engine which had been used earlier in the Alfa Romeo 33TT12 and 33SC12 sports cars. In 1976 this engine was supplied to Brabham and the deal continued until 1979.

The 177, the designation of which was derived from the fact that its design was commenced in 1977, featured a riveted aluminium chassis, with front suspension by upper rocking arms, lower wishbones and inboard-mounted coil spring/damper units. The rear suspension featured parallel lower links, single top links, twin radius rods and outboard coil spring/damper units. Bruno Giacomelli had won the 1978 European Formula Two Championship in a March and was hired to drive the new Alfa Romeo 177; he used this car at Belgian and French Grands Prix.