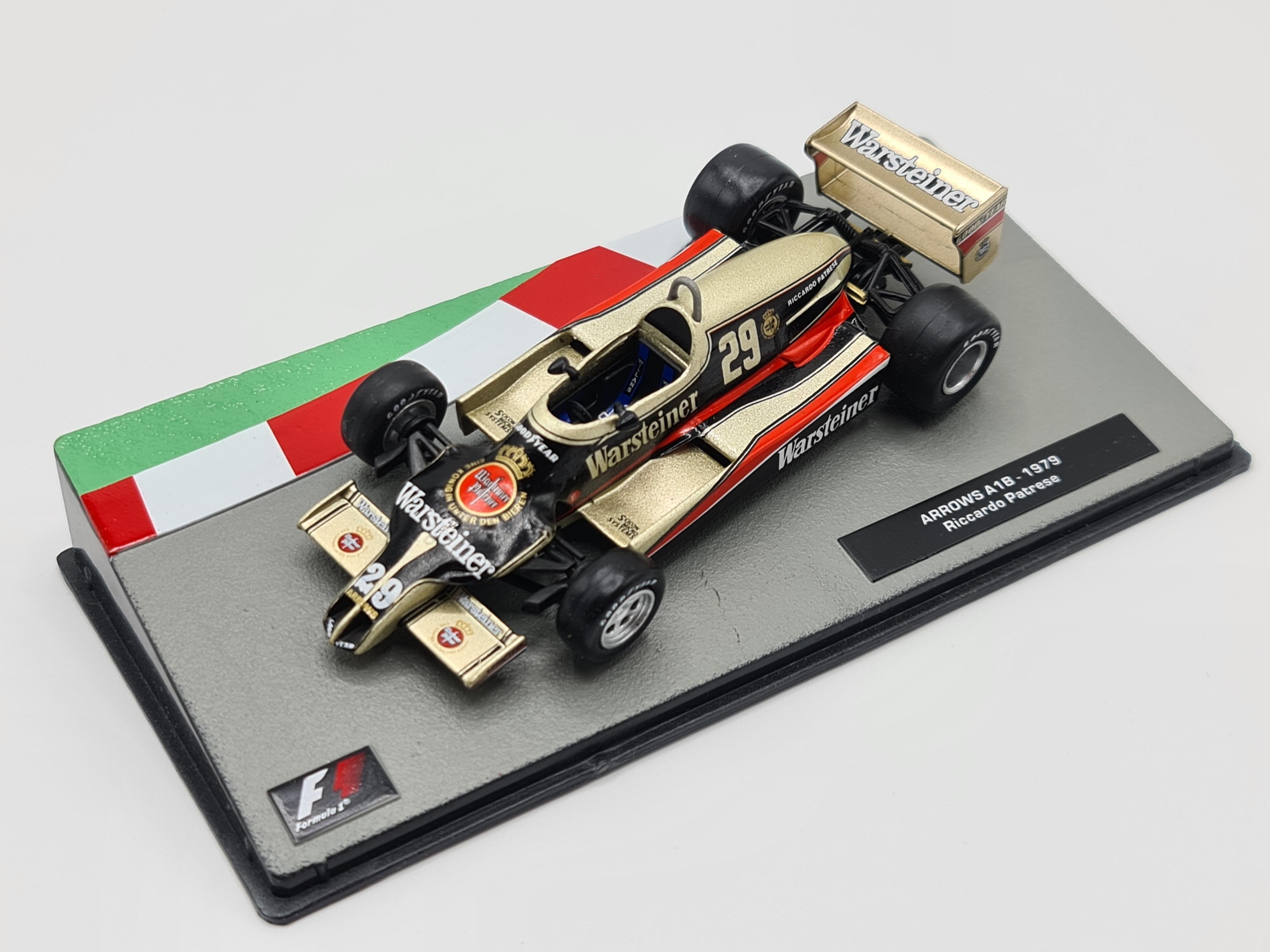 The Arrows A1 was the car with which Arrows Grand Prix International competed in the 1978 and 1979 Formula One seasons. It replaced the Arrows FA1, which was banned by the London High Court on 31 July 1978 after a legal protest from the Shadow team on the grounds that it was a carbon-copy of the Shadow DN9. Arrows anticipated that they would lose against Shadow and designed and built the A1 in under 60 days whilst the court case was being heard. Hence Arrows were able to present the Arrows A1 to the press just three days after the court case ended and did not miss any races.

Given that the FA1 was a carbon-copy of the Shadows DN9, the Arrows A1 is the essentially first true F1 car designed and built by Arrows Grand Prix International.

The Arrows A1 was one of the first "ground effects" Formula 1 cars and despite being rushing into service without any testing or development after the FA1 was banned, the Arrows A1 proved competitive. Riccardo Patrese finished 4th in the 1978 Canadian GP. A number of further 4th and 5th places followed in 1979 and that year's Monaco GP could have been the Arrows A1 crowning-glory, with Jochen Mass running as high as third in the race (after qualifying eighth) before brake issues dropped him down to sixth at the chequered flag.