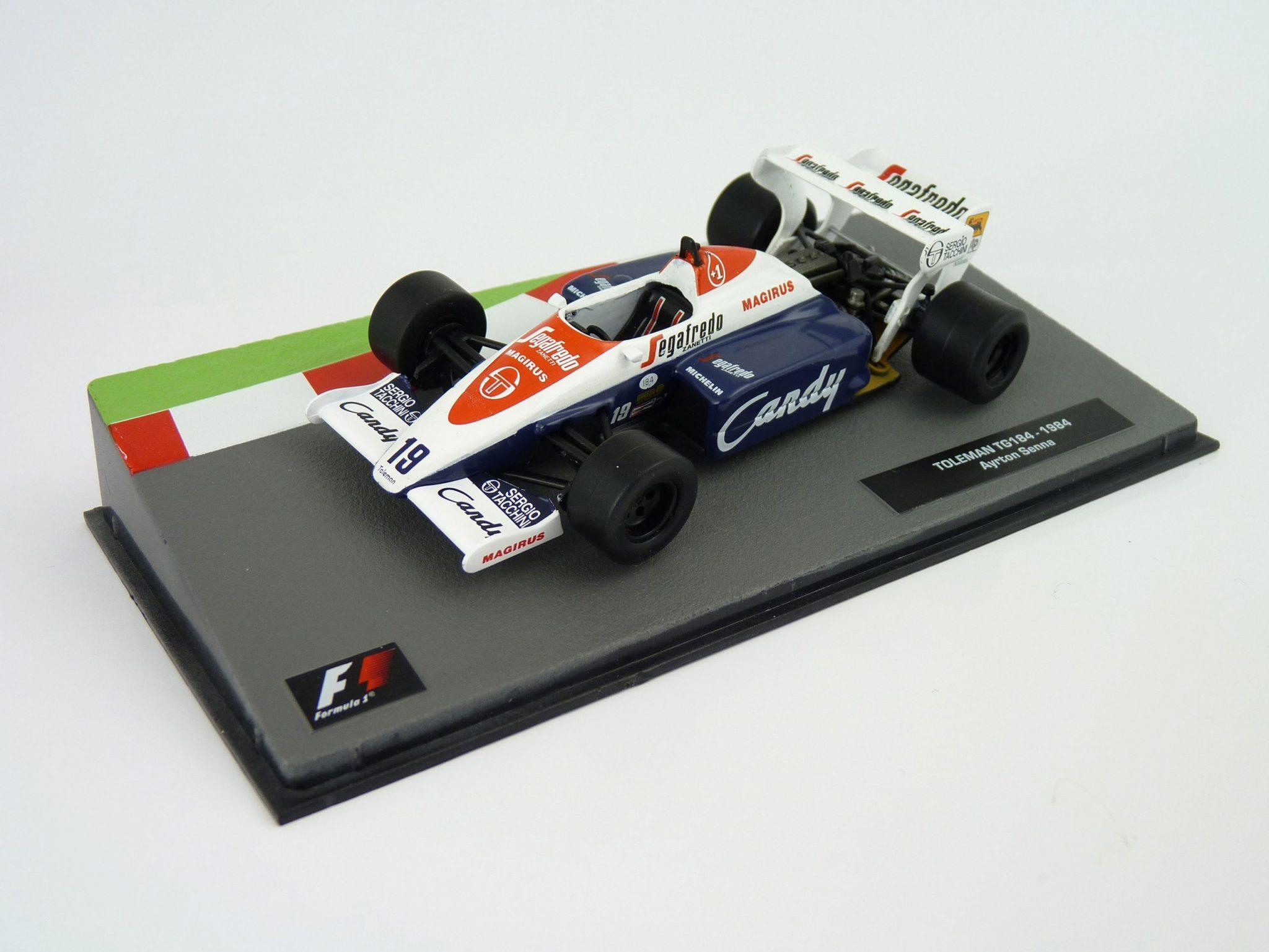 The Toleman TG184 was designed by Rory Byrne and Pat Symonds and was used by Toleman Motorsport during the majority 1984 Formula One season. It was first raced at the French Grand Prix at Dijon. Like its predecessor, the TG183B, the TG184 was powered by the 4 cylinder turbocharged Hart 415T engine which produced approximately 600 bhp in 1984.

The car's potential was evident early on with a second place in only its second grand prix scored by then rookie driver Ayrton Senna in the rain affected Monaco Grand Prix. Senna, who started 13th, sliced through the field with precision until he caught and passed race leader Alain Prost (McLaren-TAG) just before the start/finish line on lap 32 as Clerk of Course Jacky Ickx showed the red flag to stop the race due to adverse conditions. However, the rules stated that positions must be taken from the lap prior to the flag being shown. This saw Prost win and Senna finish second with only half points given due to the race not going past 50% of the scheduled distance. It was widely perceived that Ickx had denied Senna, Toleman, and engine supplier Hart their first Grand Prix win, although the team later revealed that Senna's TG184 had suffered suspension damage which they estimated would only have lasted another 3 or 4 laps in any case.