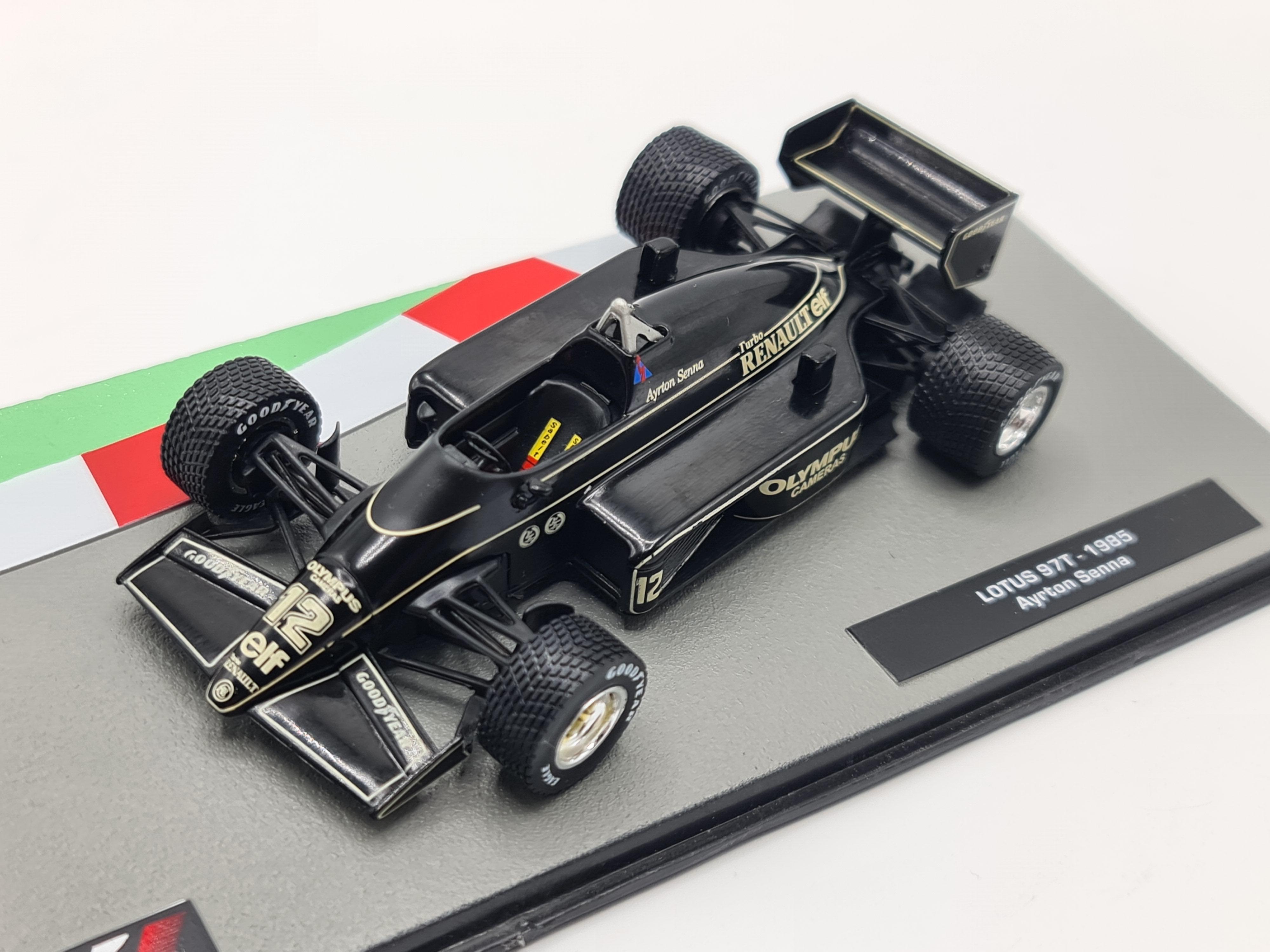 The Lotus 97T was designed by Gérard Ducarouge and built by Team Lotus for use in the 1985 Formula One World Championship. A development of the previous year's 95T, the car was powered by the turbocharged 1.5-litre Renault EF15B V6 engine and ran on Goodyear tyres.

The 97T was of a generally simple design, it used elements from the defunct Lotus 96T Indycar project in the aerodynamics with another piece of Lotus design: an early form of bargeboards. These were placed between the front wheels and the side pods improving airflow around the side of the car. Ducarouge also got around the ban on the 'winglets' seen on the rear wings of the 1984 cars by placing them instead on the rear edges of the side pods.

Lotus' major coup for 1985 was signing rising star Ayrton Senna from the Toleman team to replace long time team driver Nigel Mansell who had signed with Williams. Senna, the first driver signed to the team since the death of Colin Chapman, partnered Italian Elio de Angelis who had finished third in the previous season's drivers' championship and had had many promising results with the 95T.

The 97T proved competitive during the season, taking 8 poles, 7 with Senna and 1 with de Angelis, and 3 wins. Senna's first was a brilliant performance in the Portuguese Grand Prix where he won by over a minute in monsoon conditions. His second came in the Belgian Grand Prix at Spa, held in wet/dry conditions. De Angelis added a third win (his 2nd and last win in F1, both for Lotus) at the San Marino Grand Prix after original winner Alain Prost (McLaren) was disqualified an hour after the race finished due to his out of fuel McLaren-TAG being 2 kg underweight. Lotus finished fourth in the Constructors' Championship, albeit tied on points with Williams who finished in third place owing to their greater number of race victories.

The 97T marked the start of a brief return to the successful days of the 1960s and 1970s for Lotus, which was continued by the 98T of 1986 and the Honda-powered 99T of 1987. The 97T had perhaps the best handling of any car in the 1985 season, and it was at its most competitive on tight, slow street circuits such as Monaco, Detroit and Adelaide, although it was also competitive on almost every other type of circuit it raced on.