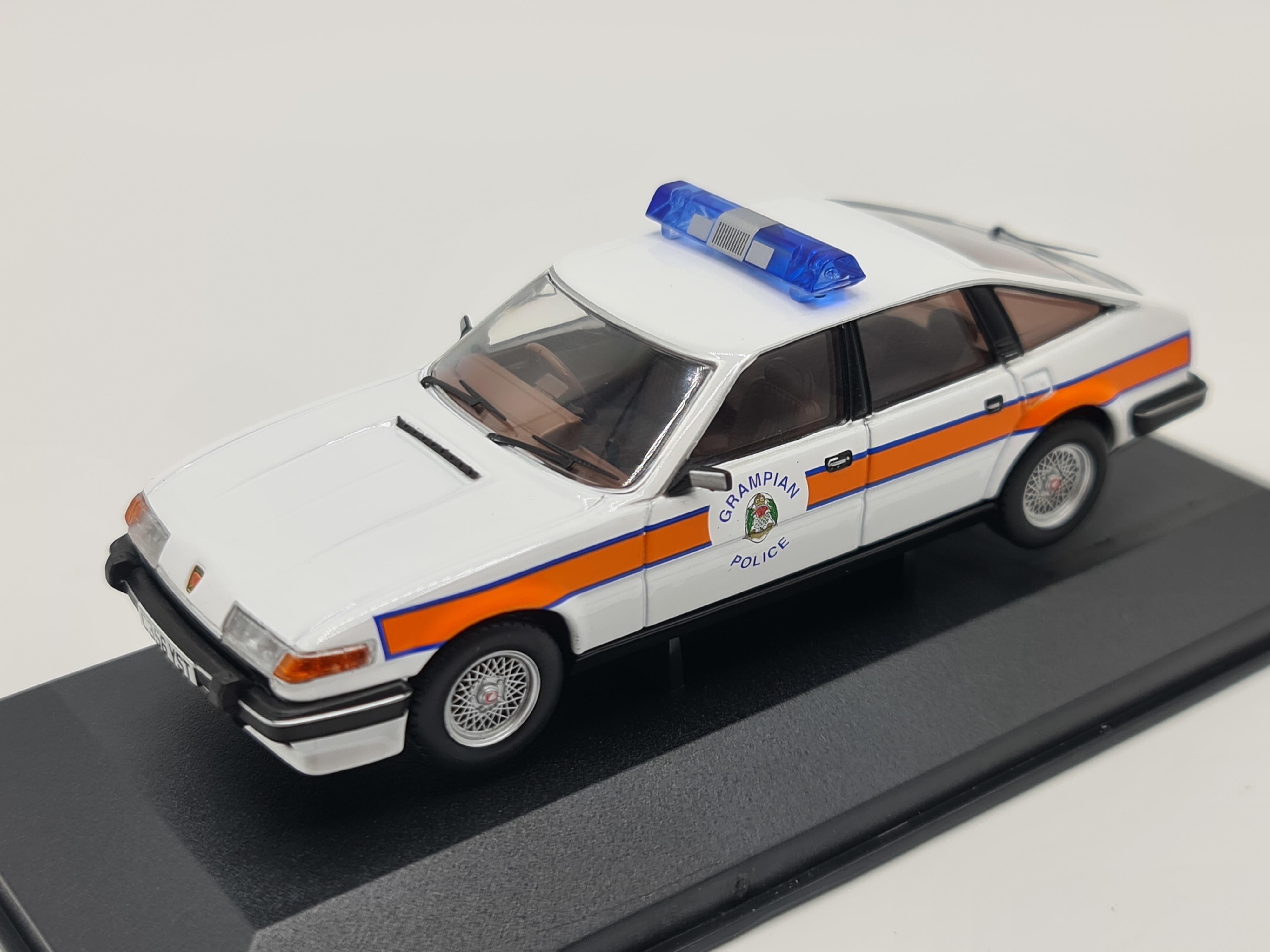 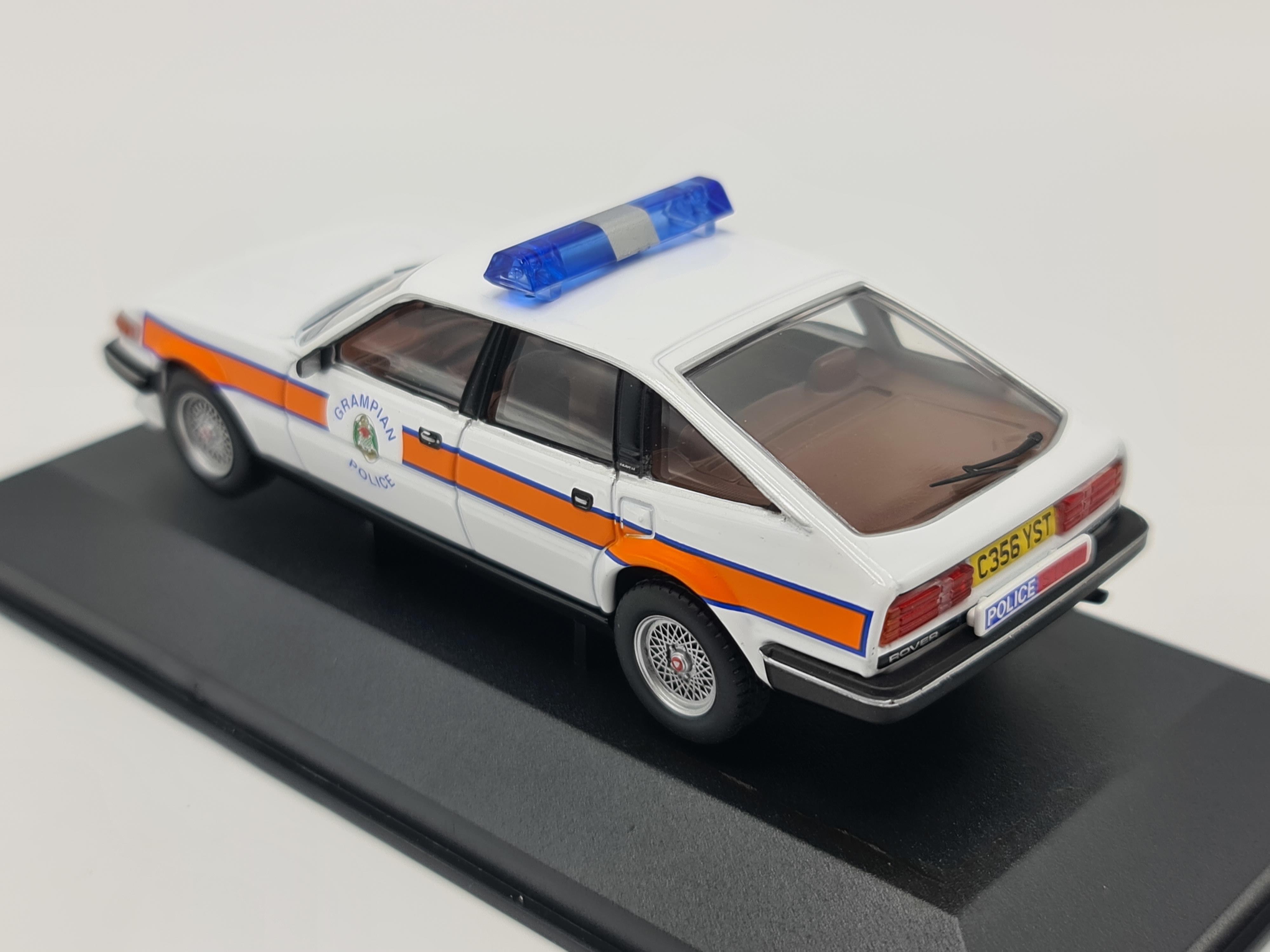 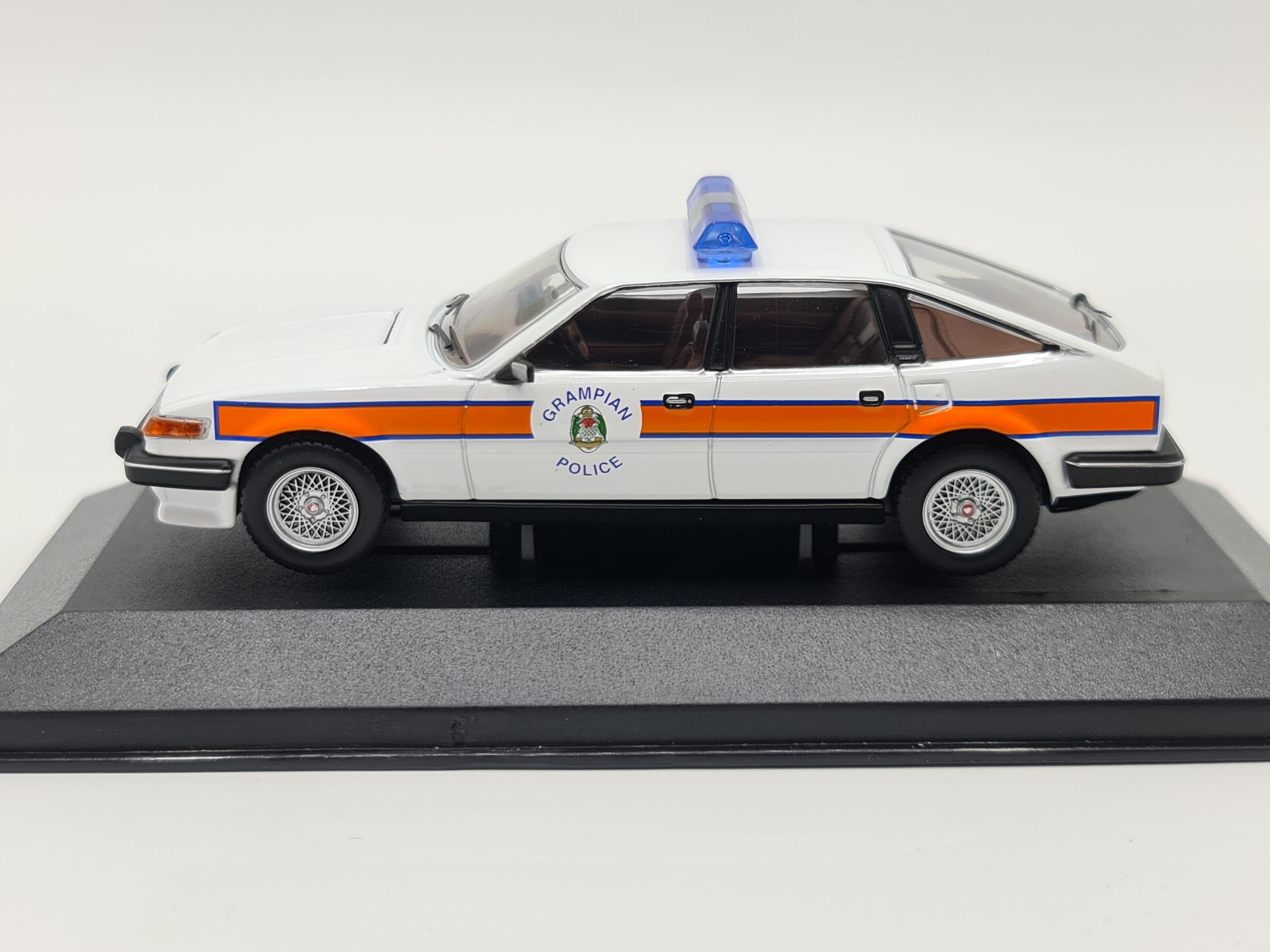 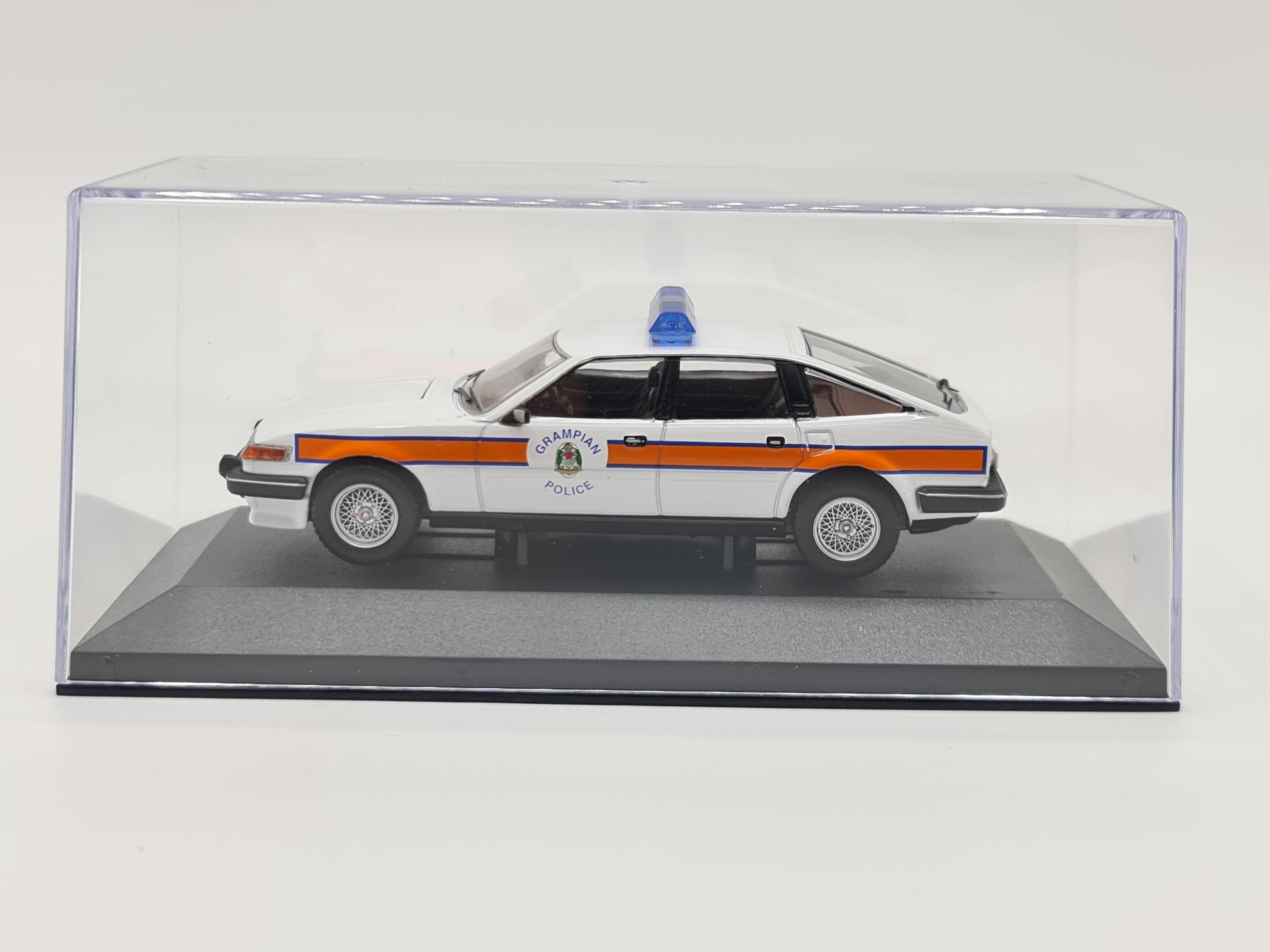 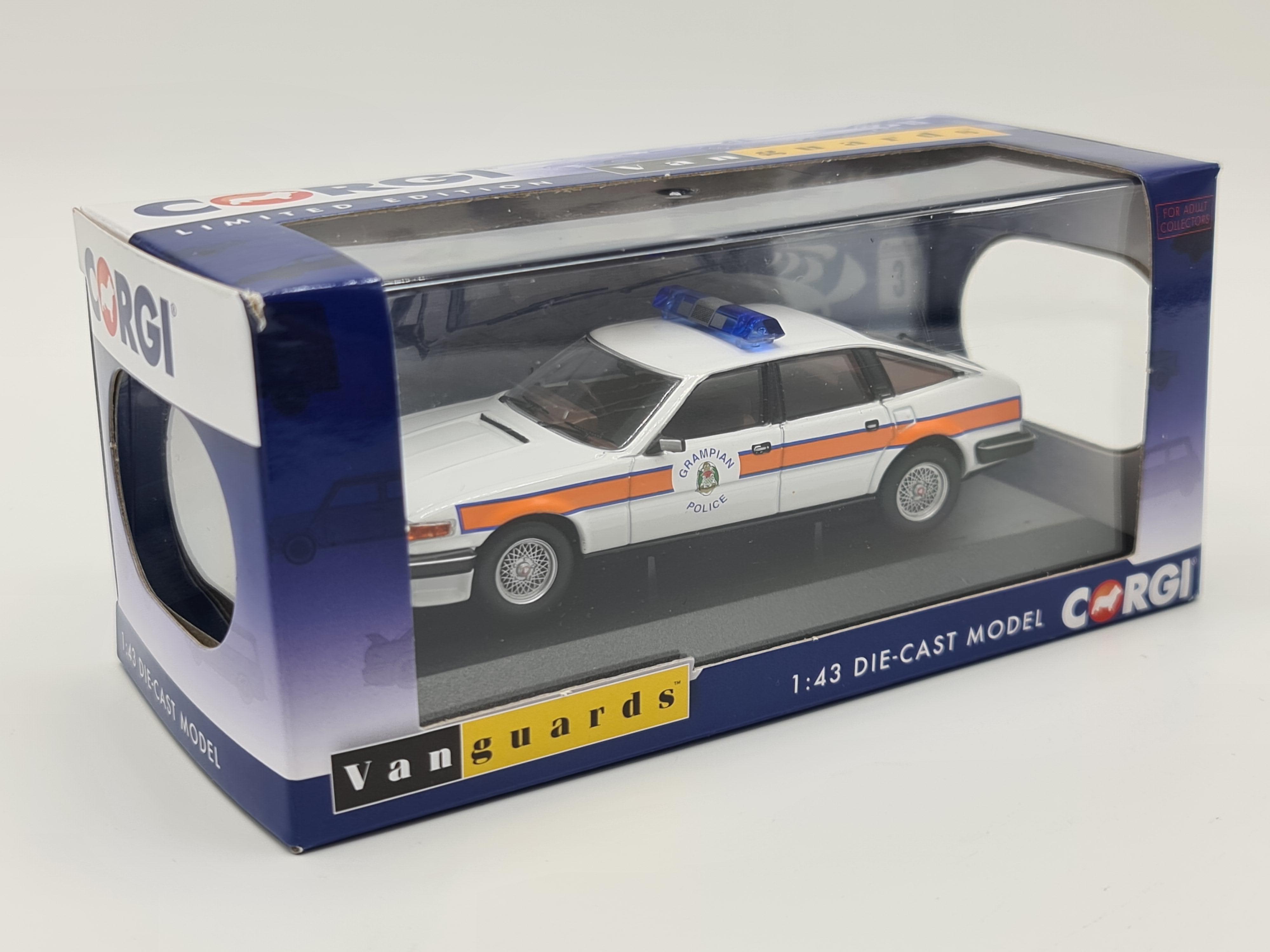 With supercar looks and V8 muscle the SD1 is many people's favourite police car, the livery suited the profile and it typified a new breed of high-visibility, high-speed, police traffic car. Probably the most famous police SD1 is C356 YST, the car restored in 2014 for the C4 TV programme 'For The Love of Cars', by Ant Anstead working with SD1 specialists Robsport International. It is now owned and exhibited by the Grampian Transport Museum and arrived there on January 10th, 2015. The following day its main police driver, Ian Slorach, came down to see it and enjoy some high-speed laps of the museum's track in his favourite patrol car. Early 1980s Aberdeen was rich with oil-money and local dealer, John Clark Specialist Cars, sold many rapid Audis and BMWs which owners 'tested' on the Stonehaven bypass after it opened in 1984. Grampian Police needed to deal with this and commissioned a police specification Vitesse 5-speed manual that sat slightly higher to aid pursuits over obstructions. To minimise cost and weight, while improving reliability, the car was stripped of its electric-windows, sound deadening and other luxury trim items. It entered service on December 10th, 1985, immediately becoming an urban-legend and object of fear among local supercar owners, and served until July 20th, 1988. It led a hard life, suffering several crashes and breaking three back axles, so definitely earned its retirement in the museum.