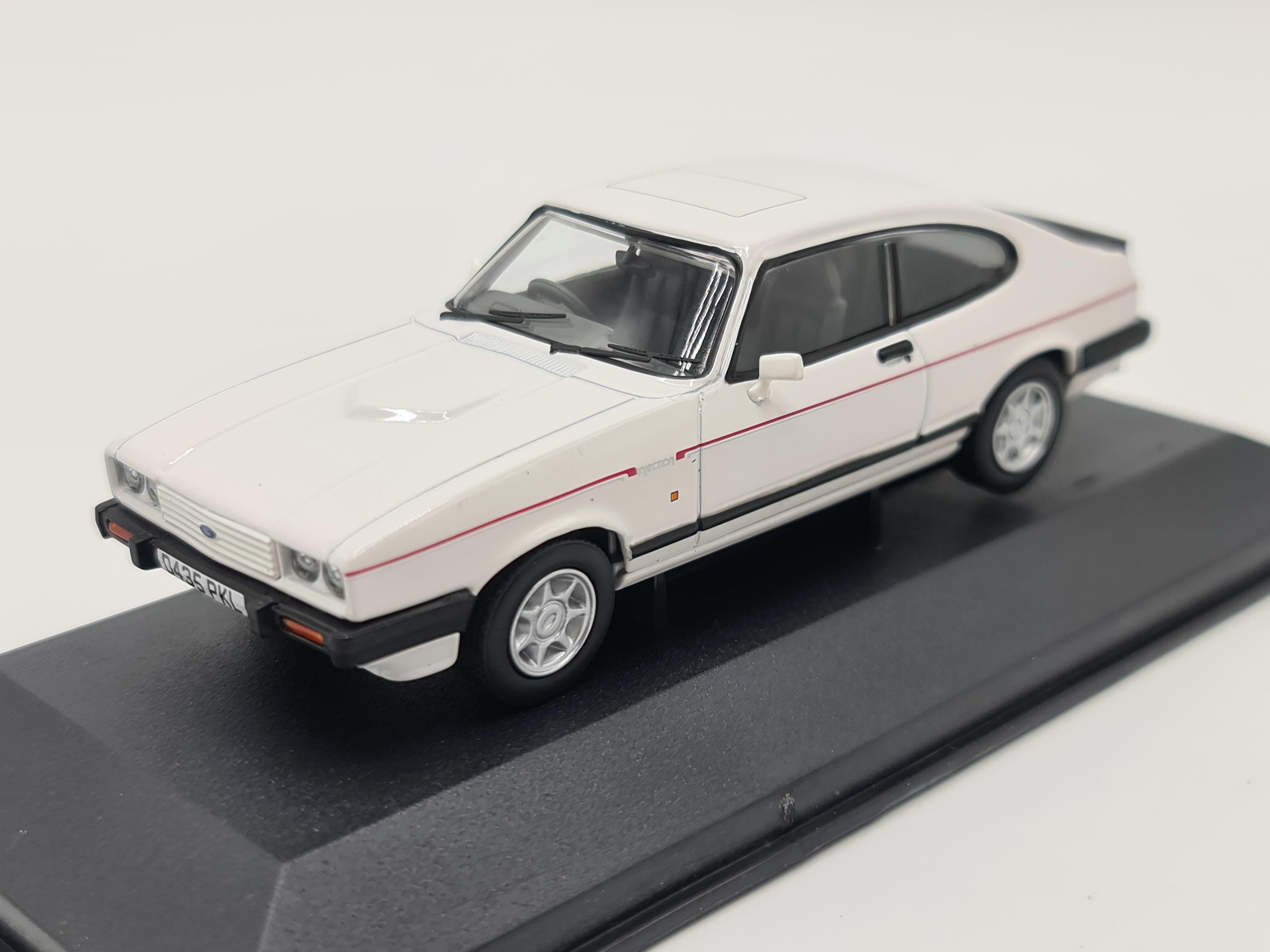 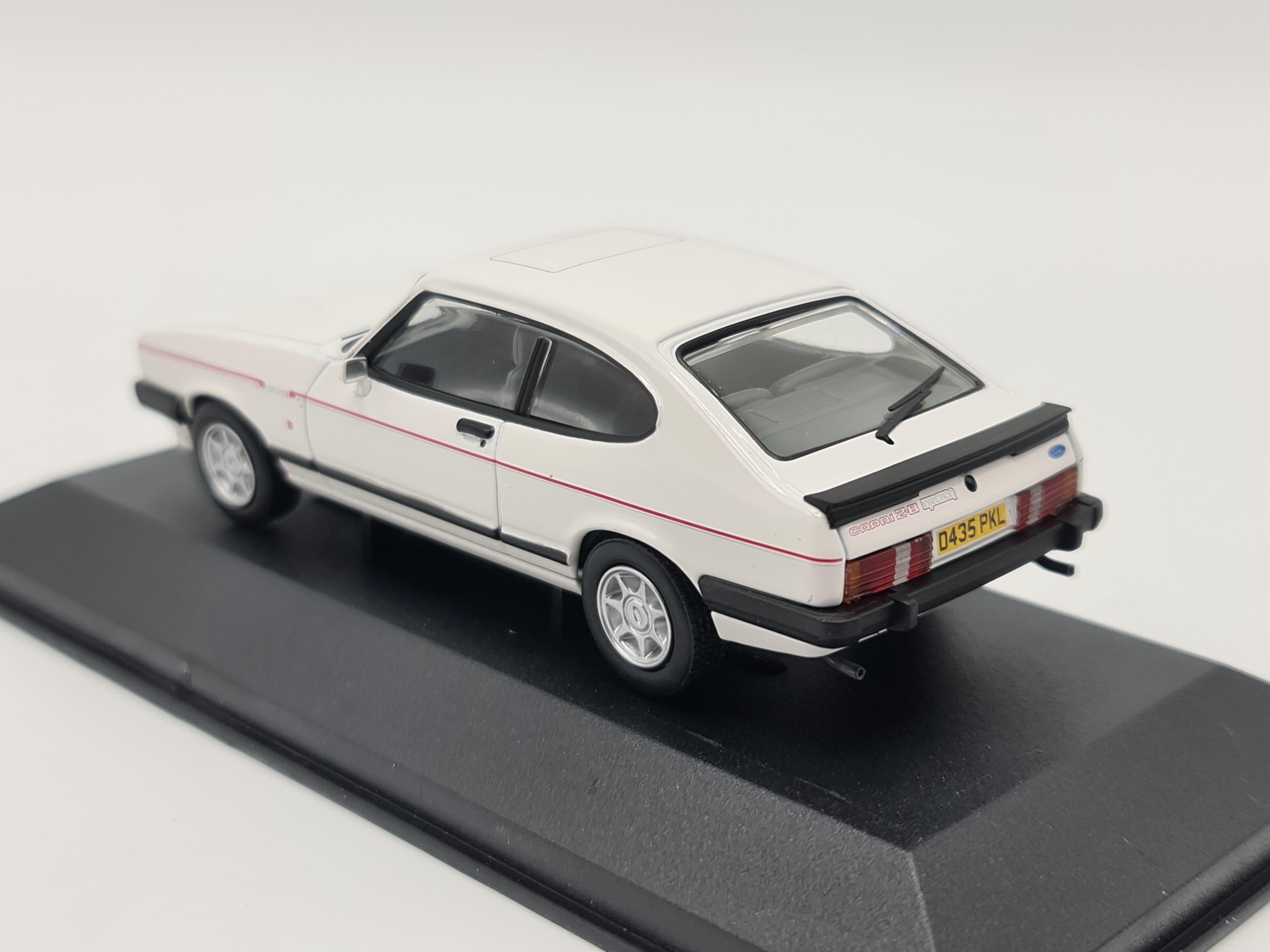 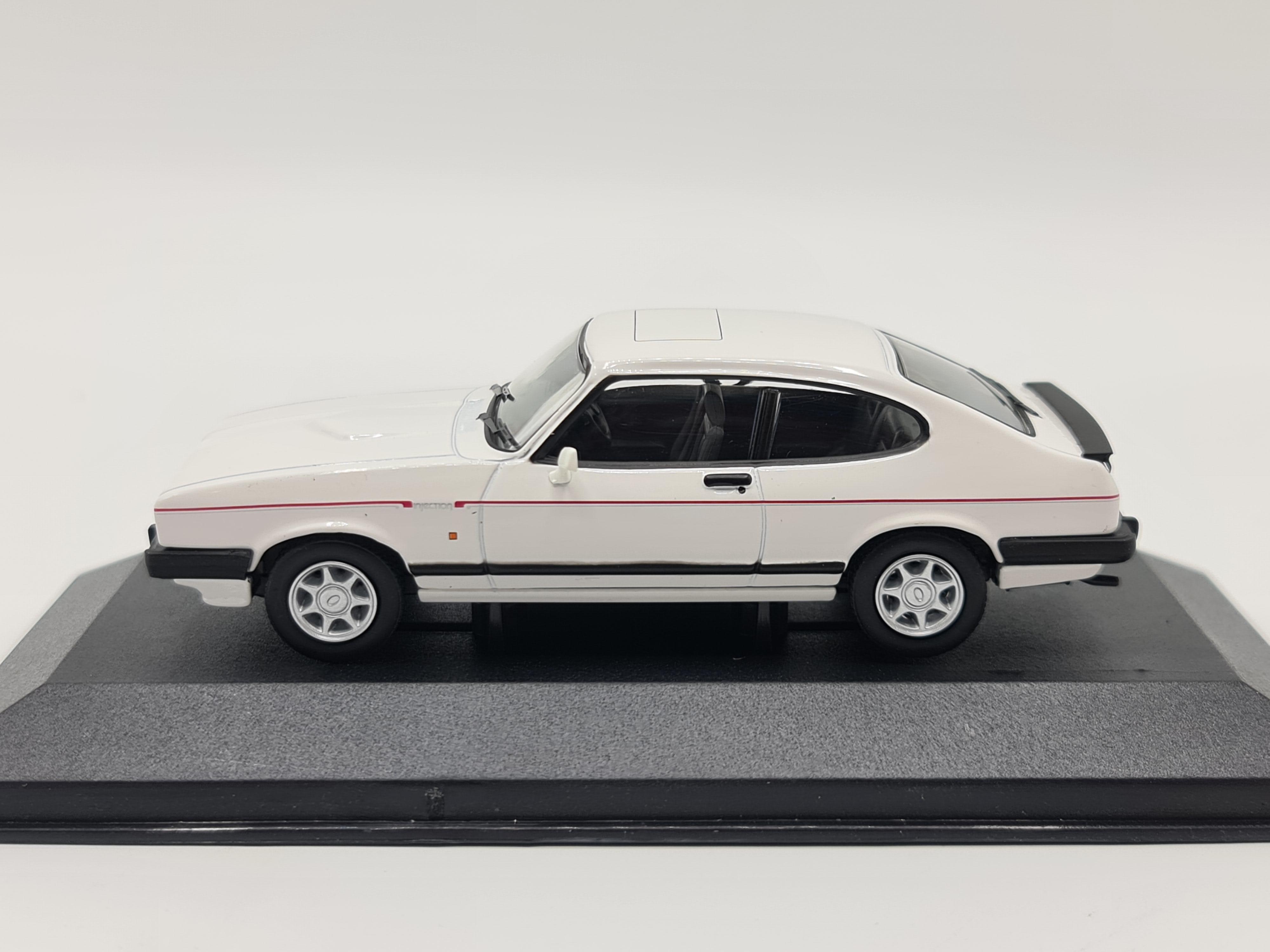 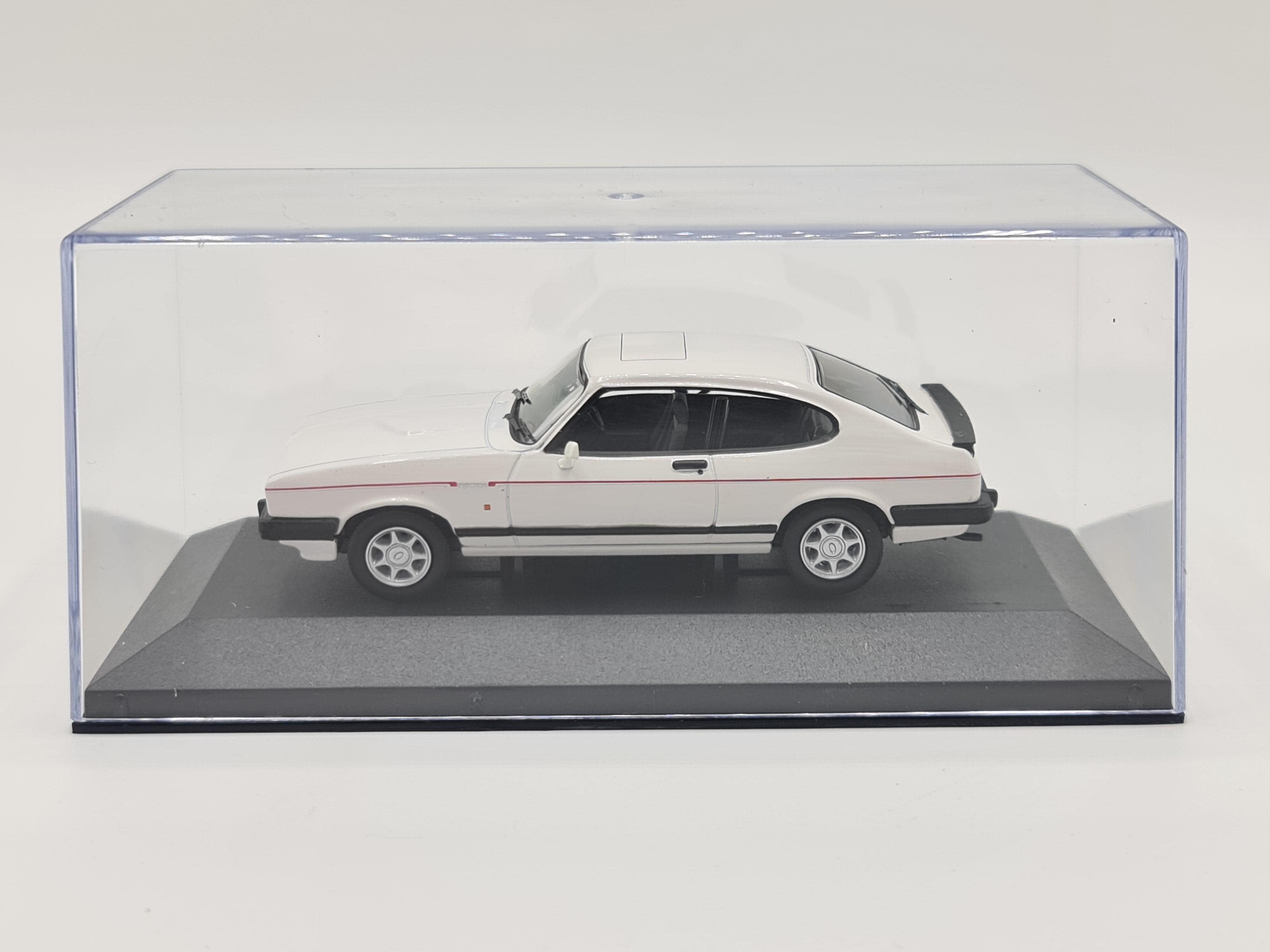 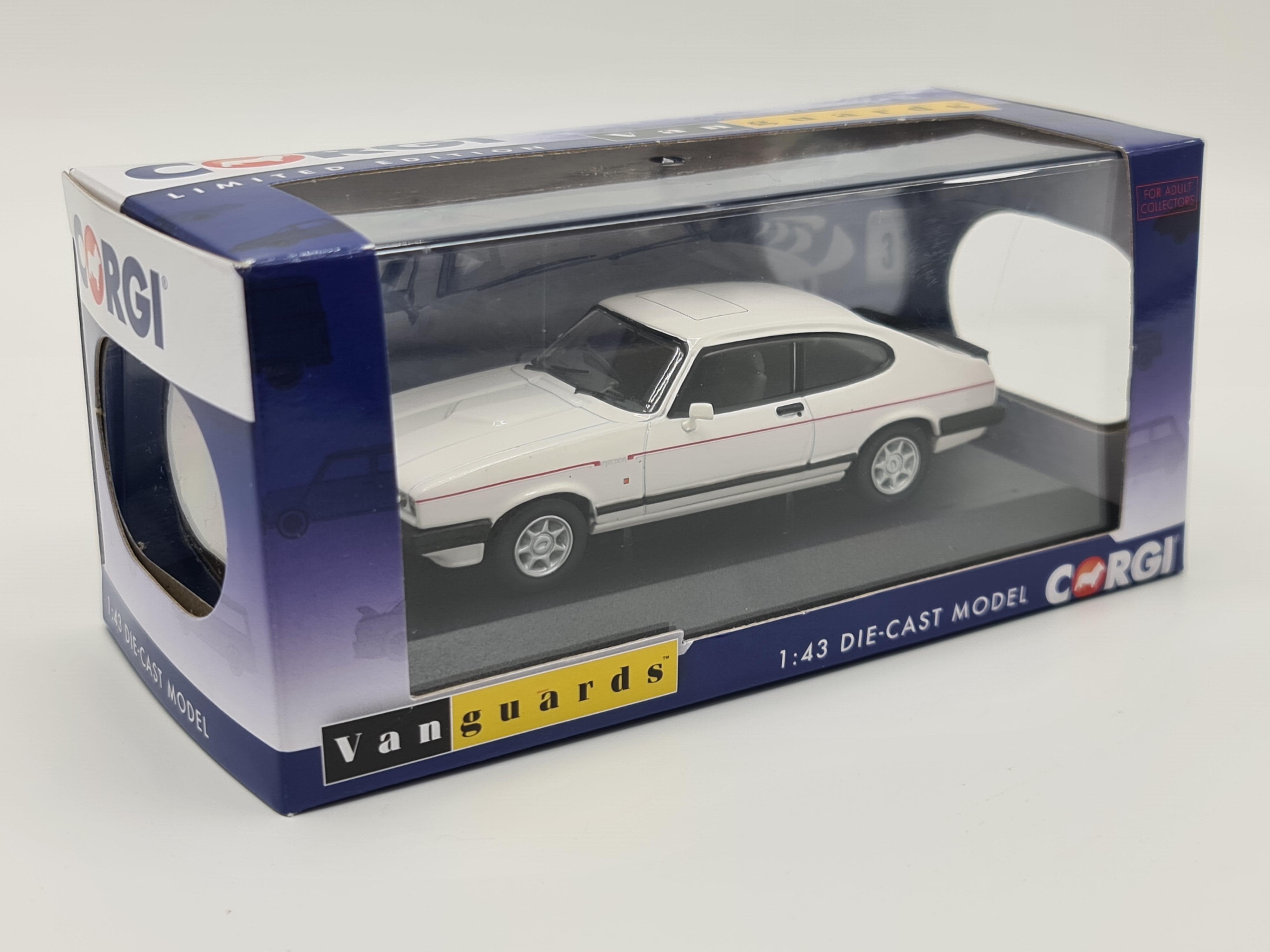 The Capri modelled was purchased from Ford dealers KT Group of Erith, Dartford, Kent, on June 30th 1987. Its first owner, a lady from Dagenham, used the car sparingly and sold it after less than a year to a new owner who also only used it rarely. Third owner Stewart Graham, from Bedfordshire, bought it on December 9th, 1990, at which point it had covered less than 8000 miles. Stewart kept the car for nearly 24 years, looking after it meticulously before selling it in late 2013, after careful consideration that it was going to a good home, to Nottinghamshire-based Ford enthusiast Wayne Christian. At this point it had covered less than 28,000 miles.

This remarkably original example has become well known within the Capri world and has been exhibited at the NEC Classic Car Show. It is considered one of the best and most original examples of its type, having had only routine maintenance throughout its life. Even the paint is 100% original. Left-hand-drive Capri production ceased in late 1984 but strong UK demand meant the right-hand-drive, UK market only, Capri 2.8i Special was announced at the London Motor Show in October 1984 and produced until 1986. It featured leather facings for the Recaro seat's side-bolsters, gear-lever, steering wheel and trim panels. It also boasted a colour-codedgrille and headlamp surrounds, 7-spoke RS alloy wheels wearing 205/60-13 tyres, a 5-speed gearbox and a limited-slip differential.