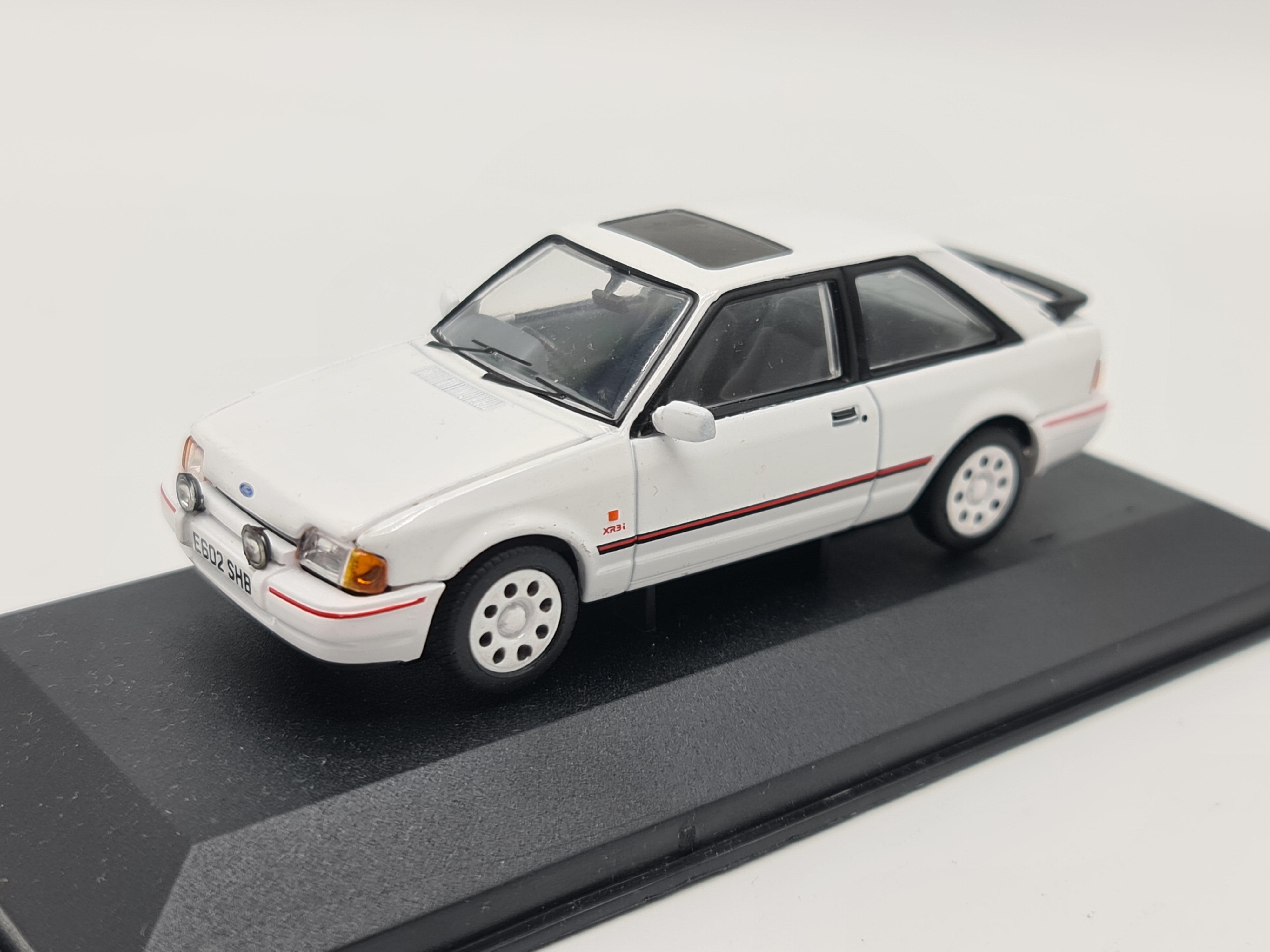 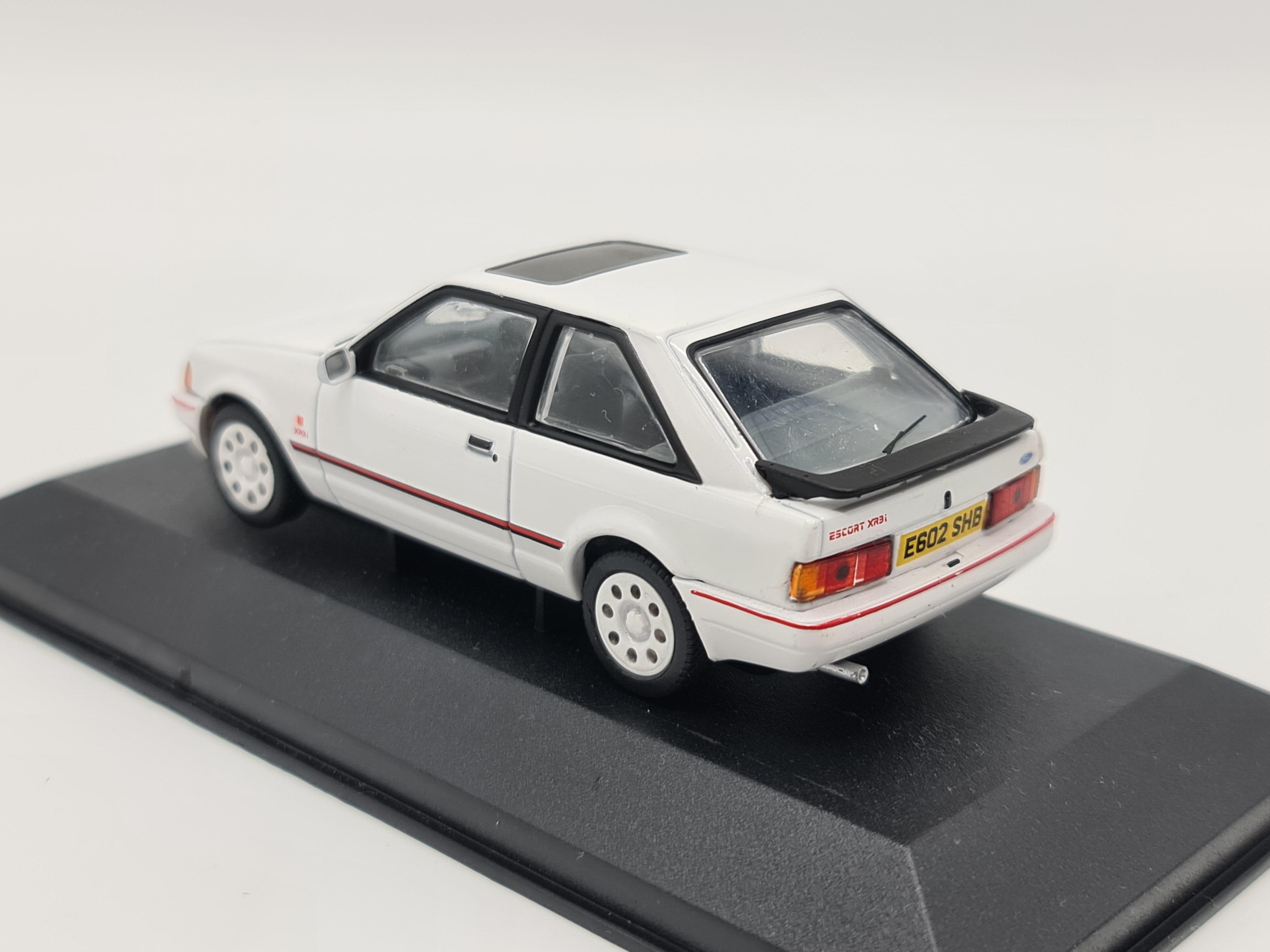 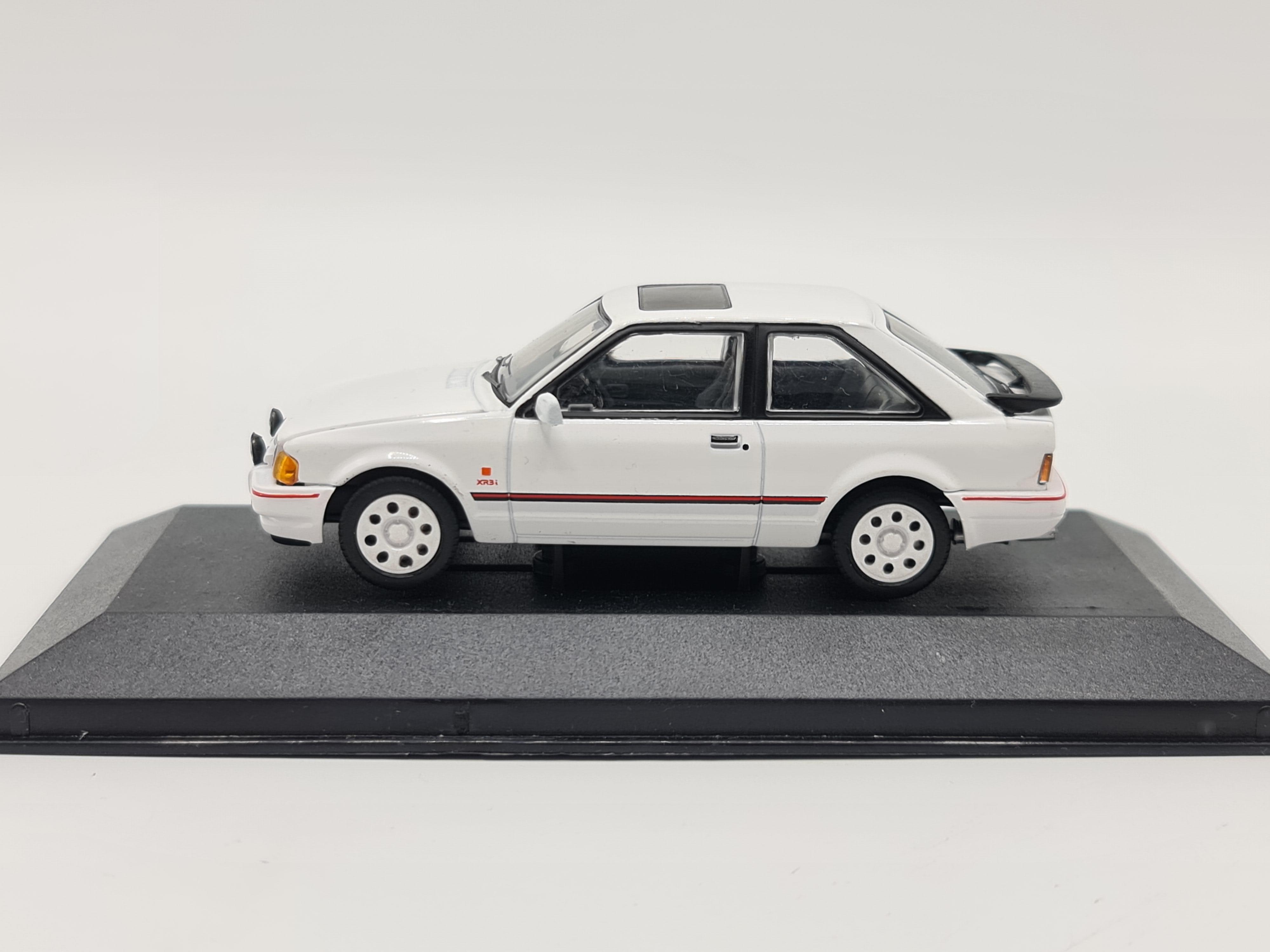 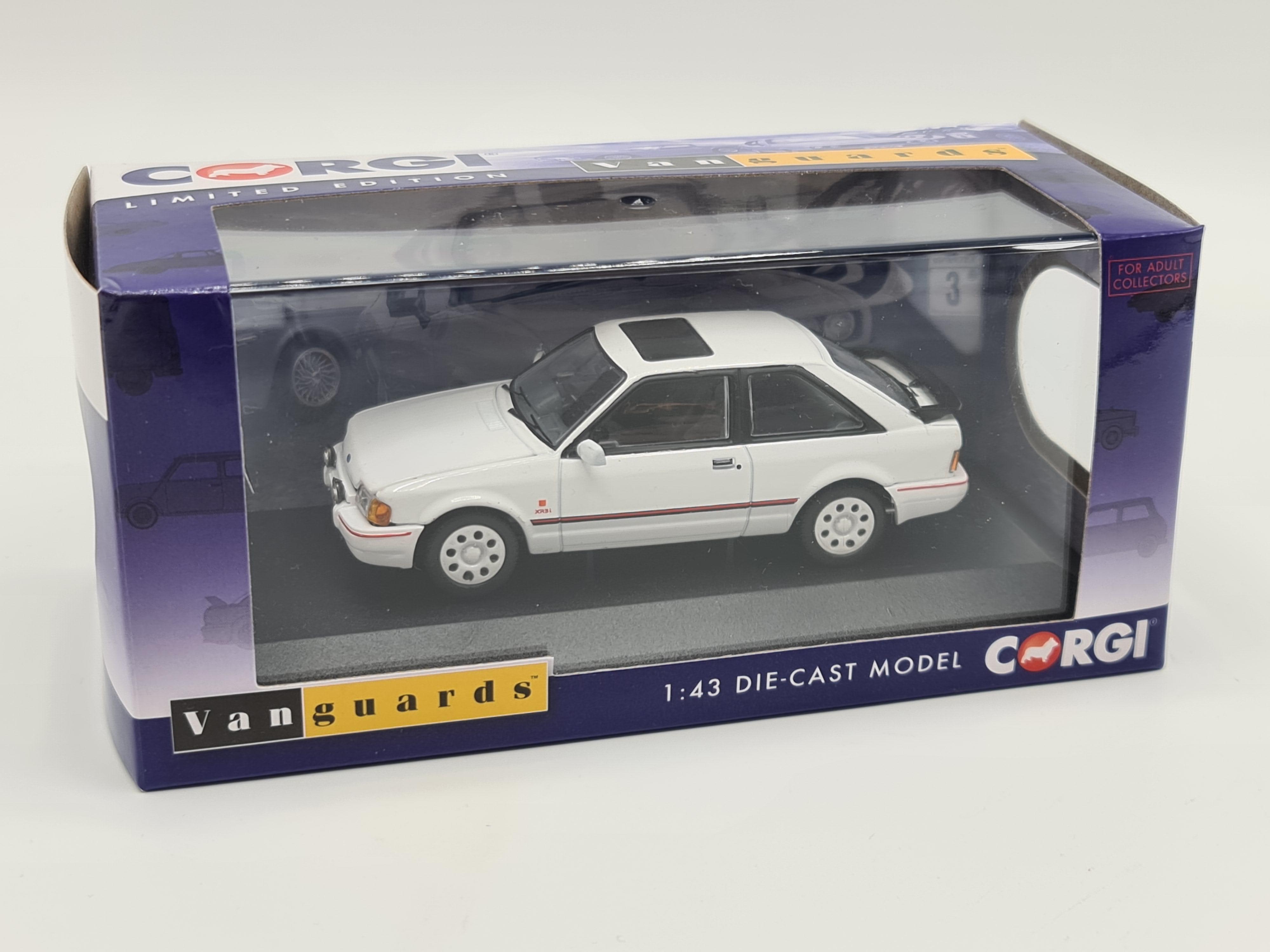 The XR3i modelled was originally purchased from Arrow Ford in Blackwood, Gwent, on December 15th 1987 and used regularly until 2000 when the then owner passed away. It was then put into storage but eventually re-commissioned and MOT tested by a new owner in Wales in 2006 who offered it for sale via the XR Owners Club in January 2012. It was then bought for £700 by current owner Rob Osborne, a vehicle detailer from Kent. Rob is the car's sixth owner but remarkably, unlike many XR3is, it hadn't been modified during its 132,000 miles so he's restored it to its original specification.

Corgi scanned this example to produce our new MkIV Escort tool. Rob's quest for originality in the restoration of his XR3i has extended to replacing the modern CD player with a factory radio cassette and, because the car is a rare base model XR3i with wind-up windows, replacing the alloy wheels with the correct steel wheels and pearlescent white hubcaps which involved shipping the wheels from Germany. Most UK buyers opted for a higher specification which included alloy-wheels, electric windows, ABS, central locking, spot lamps and a trip computer. Rob has fitted a new unused set of Daytona cloth seats, which amazingly were being stored by a neighbour. He has been able to retain most of the car's original paint work and has created a stunning original specification car which he enjoys using regularly.