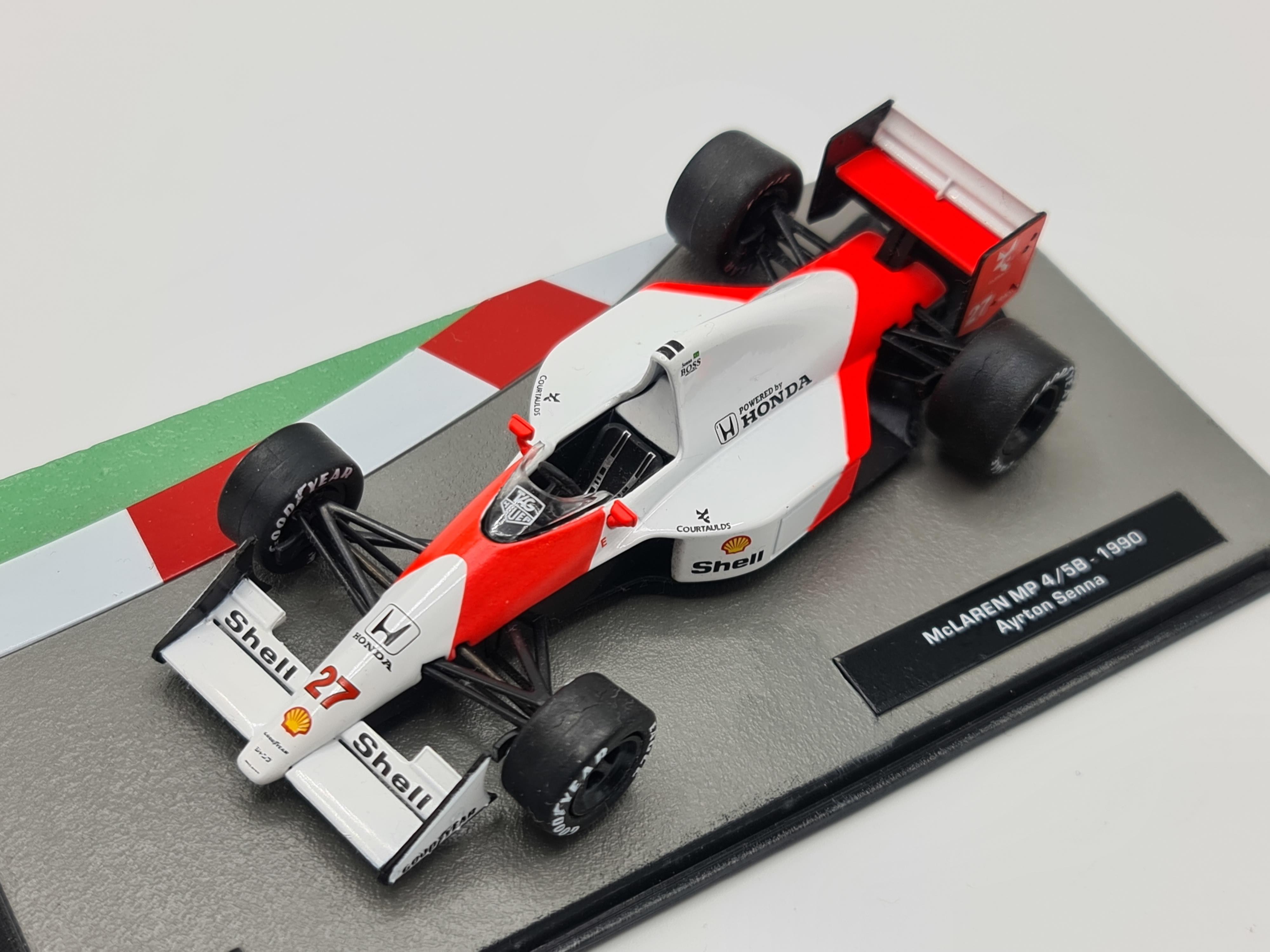 The McLaren MP4/5 and its derived sister model the McLaren MP4/5B were designed by the McLaren Formula One team based in Woking, England, and powered by Honda's naturally-aspirated RA109E and RA100E V10 engines respectively.

The MP4/5 was loosely based on its 1988 predecessor, the all-conquering MP4/4. McLaren used the new car for half of the 1989 season using the Weismann Longitudinal Transmission from the MP4/4, and the MP4/5B with the Weismann Transverse Transmission for the last half of the 1989 season and for 1990, earning back to back drivers' and constructors' world titles with the type.

The car was designed by American engineer Steve Nichols who previously had designed both of its turbocharged predecessors, the MP4/3, which was an all-new design for McLaren by Nichols, as well as its highly successful MP4/4 the following year/season.