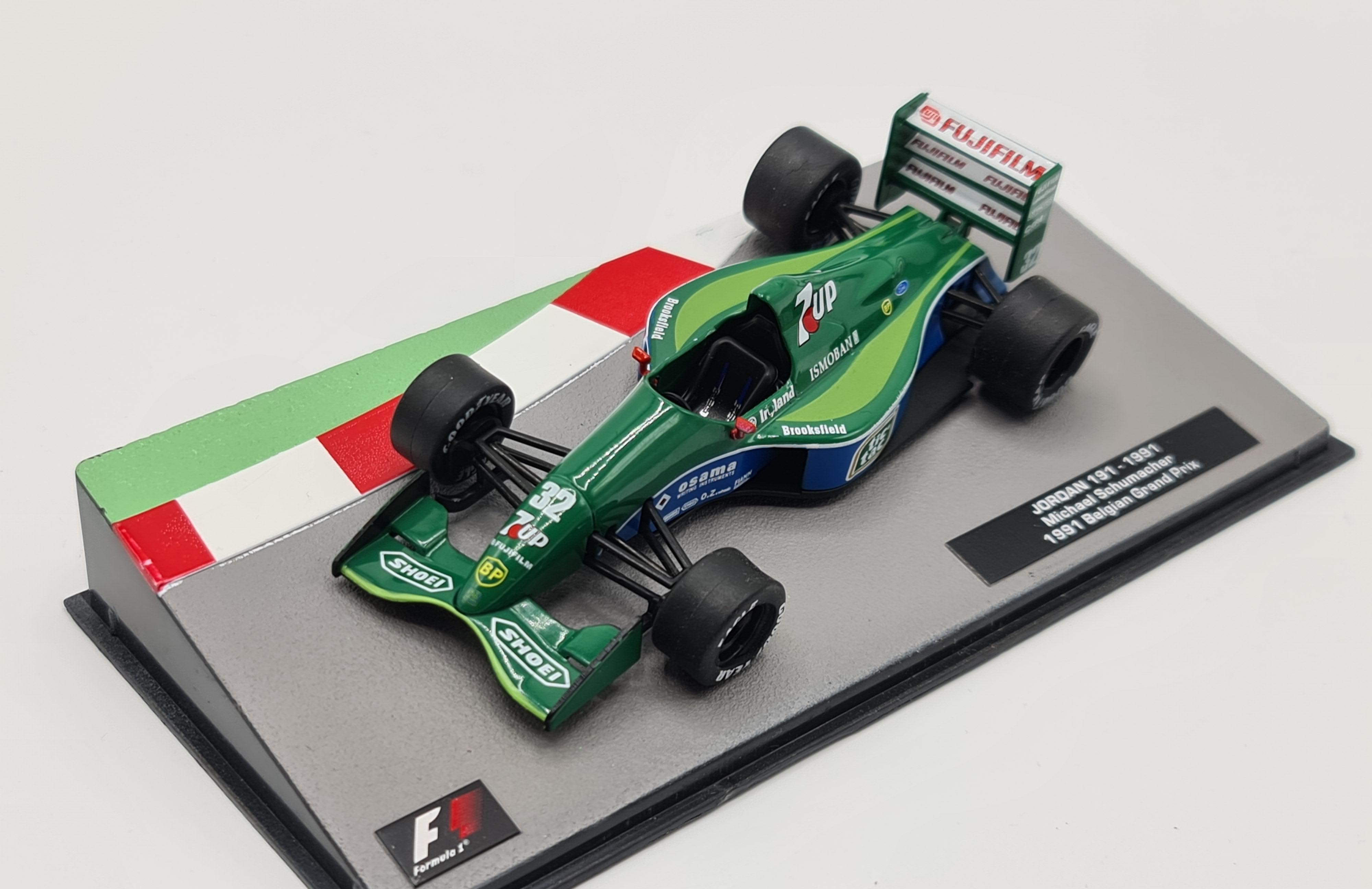 The Jordan 191 was a Formula One car designed by Gary Anderson for use by Jordan Grand Prix in its debut season in 1991. Its best finish was in Canada and Mexico, where Andrea de Cesaris drove it to fourth place at both races. Driving the 191 at the 1991 Hungarian Grand Prix, Bertrand Gachot took the fastest lap of the race.

After the Hungarian race, Gachot's season was curtailed by a two-month prison sentence, for spraying CS gas at a taxi driver in London. Over the final six races, three drivers filled in for Gachot - Michael Schumacher, Roberto Moreno and Alessandro Zanardi. Schumacher was a revelation in his one and only race weekend for Jordan. At the 1991 Belgian Grand Prix, Schumacher qualified a superb seventh on the grid (Jordan's joint-best ever at that time), outqualifying de Cesaris who was eleventh. However, the high did not last, as the clutch failed within the first mile of the race. Having made his way into second place by the final stages of the race, De Cesaris also retired, within a few laps of the finish, and was eventually classified in 13th.

Prior to the next race in Italy, a legal wrangle between Benetton and Jordan developed, with Schumacher signing for Benetton - a team with which he would later win two world championships. This sent Moreno packing from Benetton and Jordan signed him up as a replacement. Moreno did two races, in Italy and Portugal, achieving little, before Jordan handed a novice, Zanardi, his debut in the final three races. He completed a pair of ninth-place finishes intervened with a retirement.