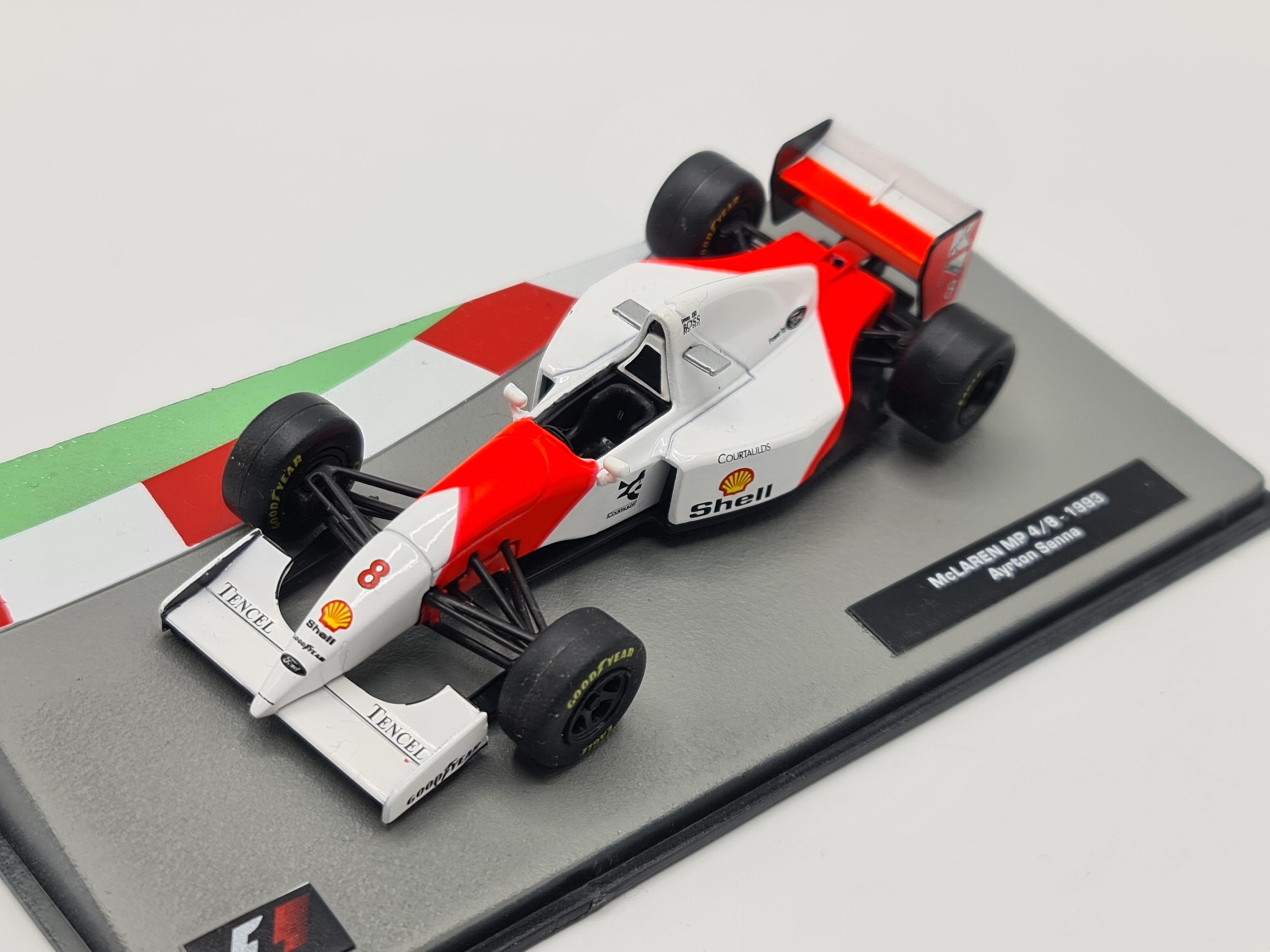 The McLaren MP4/8 was the car with which McLaren competed in the 1993 Formula One World Championship. The car was designed by Neil Oatley around advanced electronics technology, including a semi-automatic transmission, active suspension and traction control systems that were developed in conjunction with McLaren shareholder Techniques d'Avant Garde (TAG).  It was powered by the 3.5-litre Ford HBD7 V8 engine.

The car was driven by triple World Champion Ayrton Senna, in his sixth season with McLaren, and by Michael Andretti - son of 1978 World Champion Mario Andretti - who joined Formula One from CART. After the Italian Grand Prix, Andretti returned to the US and was replaced by the team's test driver Mika Häkkinen.  Senna drove the car to victory on five occasions, finishing runner-up to Alain Prost in the Drivers' Championship, while McLaren were runners-up to Williams in the Constructors' Championship.