The Sauber C12 was the car with which the Sauber Formula One team made its FIA Formula One World Championship debut in 1993. Its design was led by Leo Ress. Power was provided by a Sauber-branded 3.5-litre V10 built by Ilmor in partnership with Mercedes. The C12 was given the prominence of "Concept by Mercedes-Benz" stickers on the engine cowling due to the two parties' close relationship from their World Sportscar Championship program. Indeed, the engines were re-branded in 1994 to reflect the partnership. 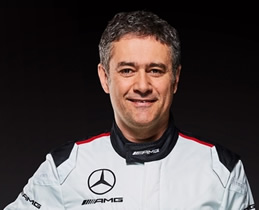