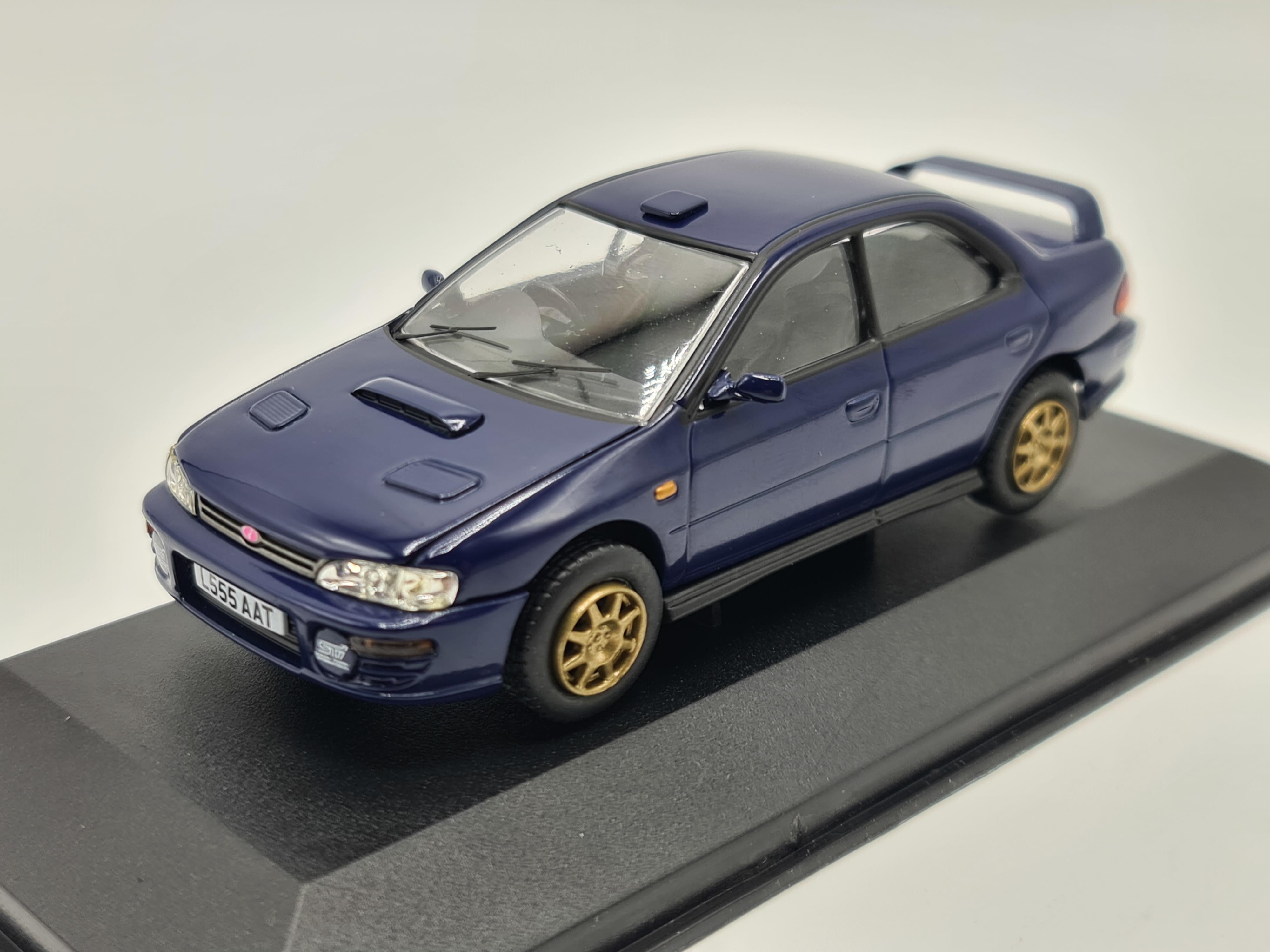 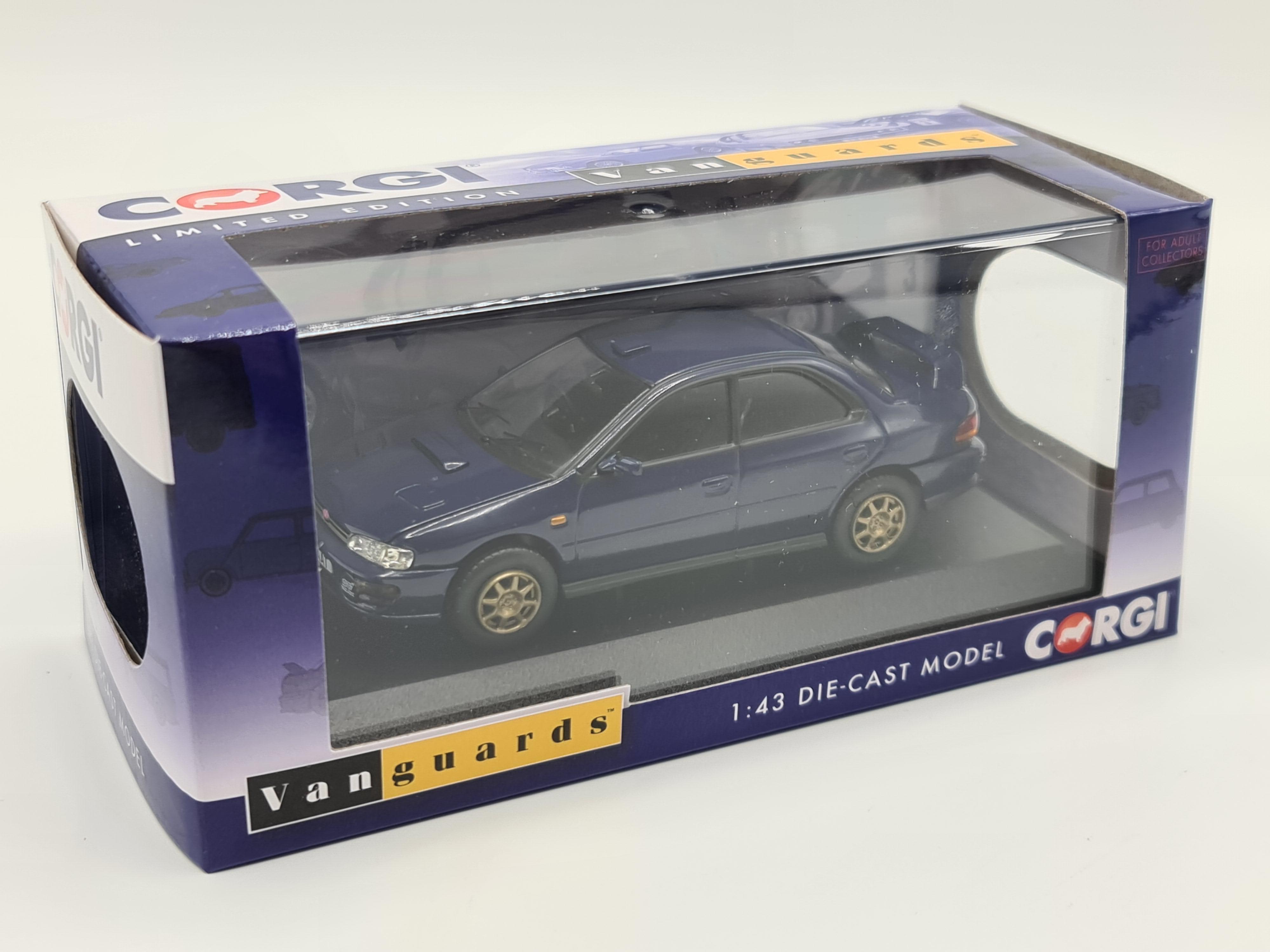 Subaru Impreza WRX Type RA STi V.II 555 Pure Sports Sedan. Sports Blue. The fantastic sales success off the first STi was a surprise to Subaru, although in hindsight it's hard to see why. However, on 22nd August 1995, only sixteen months after the first generation had been announced, they launched the STi Version II to meet this demand. Unlike the first it was built in Subaru's main production facility at Yajima, solving the volume problems associated with hand building the original in STi's smaller Mitaka plant. The V.II range included the limited edition Impreza 555, of which 500 'Sedans' and 100 'Wagons' would be built, with Sports Blue paint, a central roof-vent (sedan only), gold 16 inch Speedline Electra wheels and an optional dealer-applied sticker package.

The 555 V.II STi was only sold on the Japanese domestic market, or JDM as it's often called, but the example modelled was brought to the UK in 2008. Since 2013 its been owned by Wales-based Subaru enthusiast Dale Webb, who, after thoroughly overhauling it shortly after purchase, was pleased to find it was as original and sound as he'd thought when buying it. He's used it sparingly but regularly ever since, attending events organised through the Subaru forum www.type-ra.com, of which he's an active member, and enjoying its prodigious performance on track when he can. He's added a Prodrive suspension kit and exhaust, but has otherwise kept it original including the shorter final-drive of 4.111:1 that all STi V.II cars used.