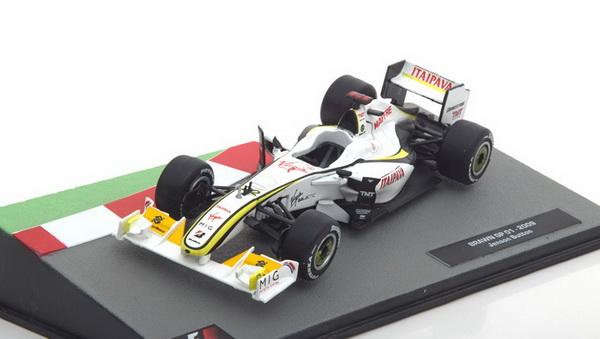 The Brawn BGP 001 is a Formula One world championship winning car, the design of which was started by Honda Racing, and completed and then built by the team after it was renamed to Brawn GP.

It was the first and only Formula One car constructed by the Brawn GP team, and was used to contest the 2009 Formula One season. The car won eight out of the seventeen Grands Prix it competed in.

It was notable for its unusual "double" diffuser, and its legality was disputed though ultimately deemed legal by the FIA.

This is the first Brackley-based F1 car to utilize Mercedes-Benz engines, in which it is used by its successor as factory team. On BGP 001's debut at the 2009 Australian Grand Prix, Jenson Button took pole position in qualifying and finished first in the race while Rubens Barrichello took second place in both qualifying and race.