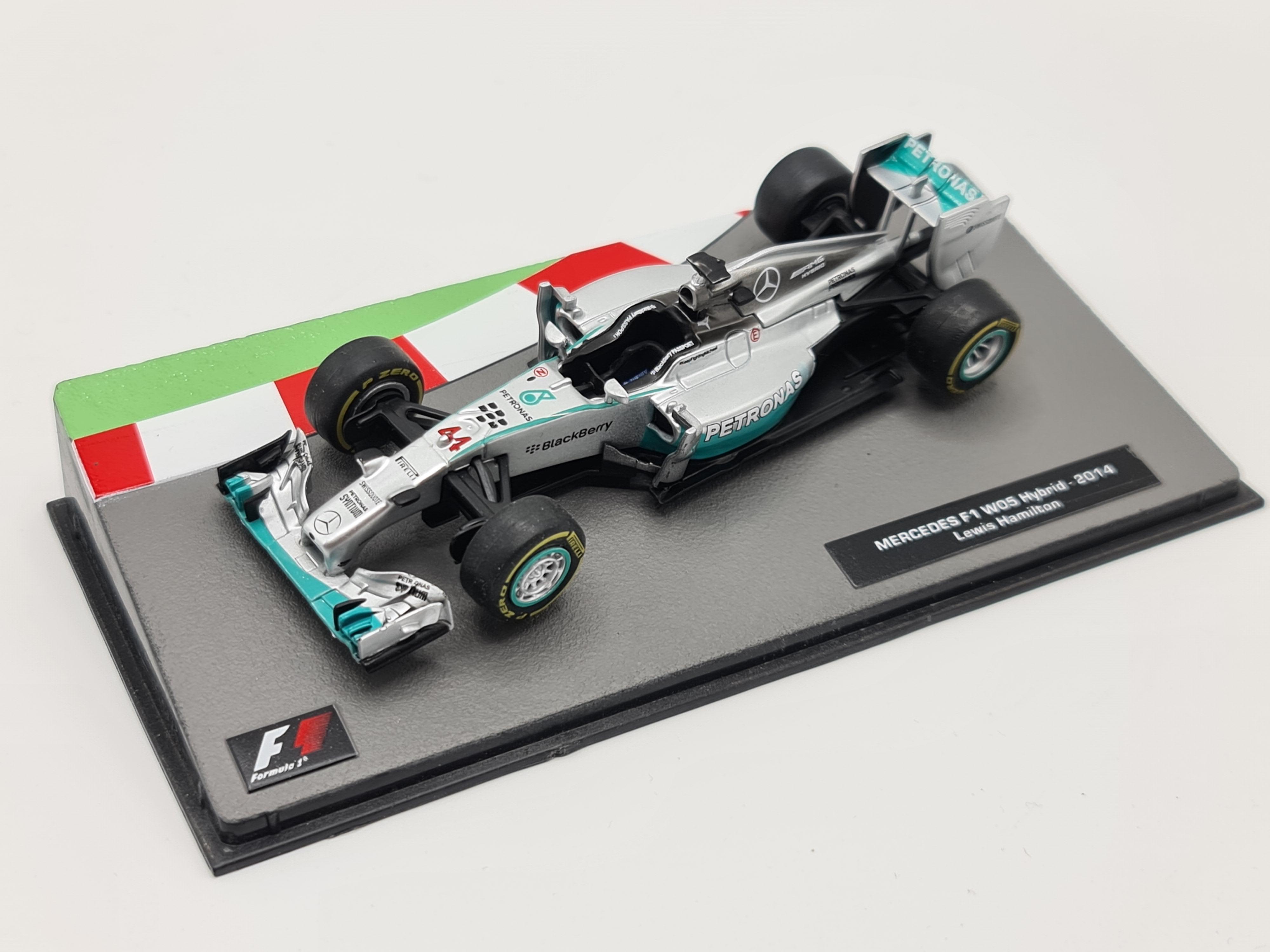 The Mercedes F1 W05 Hybrid, originally known as the Mercedes F1 W05, was a highly successful Mercedes-Benz Formula One racing car designed and developed under the direction of Aldo Costa, Paddy Lowe, Geoff Willis, John Owen and Mike Elliott to compete in the 2014 FIA Formula One World Championship.  The cars were driven by 2008 World Drivers' Champion Lewis Hamilton and Nico Rosberg, both of whom remained with the team for a second and fifth season, respectively.  The F1 W05 was designed to use Mercedes's new 1.6-litre V6 turbocharged engine, the PU106A Hybrid.

The chassis was named "F1 W05 Hybrid" to represent the fifth Formula One car that Mercedes had constructed since 2010, while the hybrid was marked to recognize the utilization of fully integrated hybrid power units. The car made its competitive debut at the 2014 Australian Grand Prix, the opening round of the 2014 season. After participating in 18 rounds of Grand Prix racing, the car made its final competition appearance at the season finale race – the 2014 Abu Dhabi Grand Prix, before retirement.

The car was an instant success, with Nico Rosberg winning the season-opening Australian Grand Prix by 27 seconds. Lewis Hamilton went on to win the Malaysian Grand Prix, Bahrain Grand Prix, Chinese Grand Prix and Spanish Grand Prix successively.  The car was said to be so dominant because of an innovative design feature on the PU106A, the car's engine - the compressor and turbo were packaged at opposite ends of the internal combustion engine, which gave them the edge in packaging, aerodynamic efficiency, and battery usage.  Lewis Hamilton described it as the best car he has ever driven.