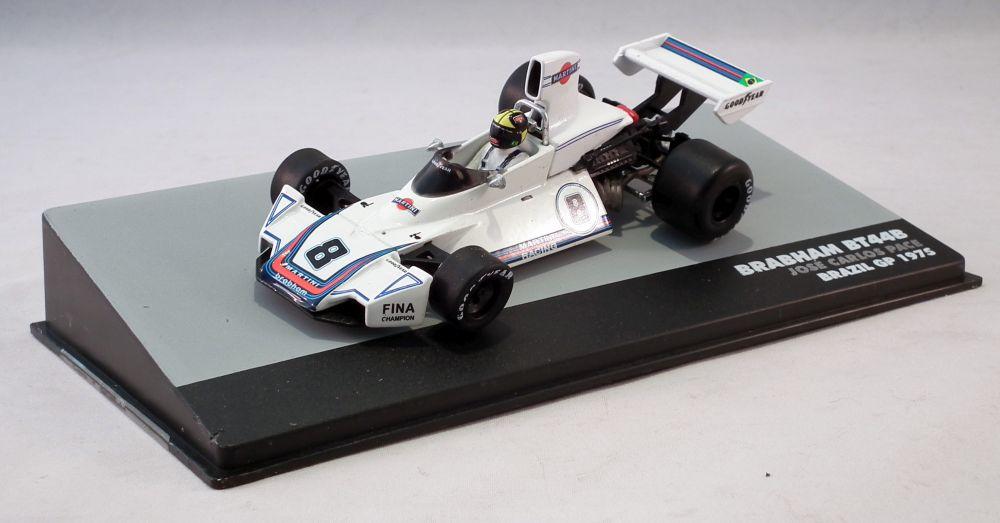 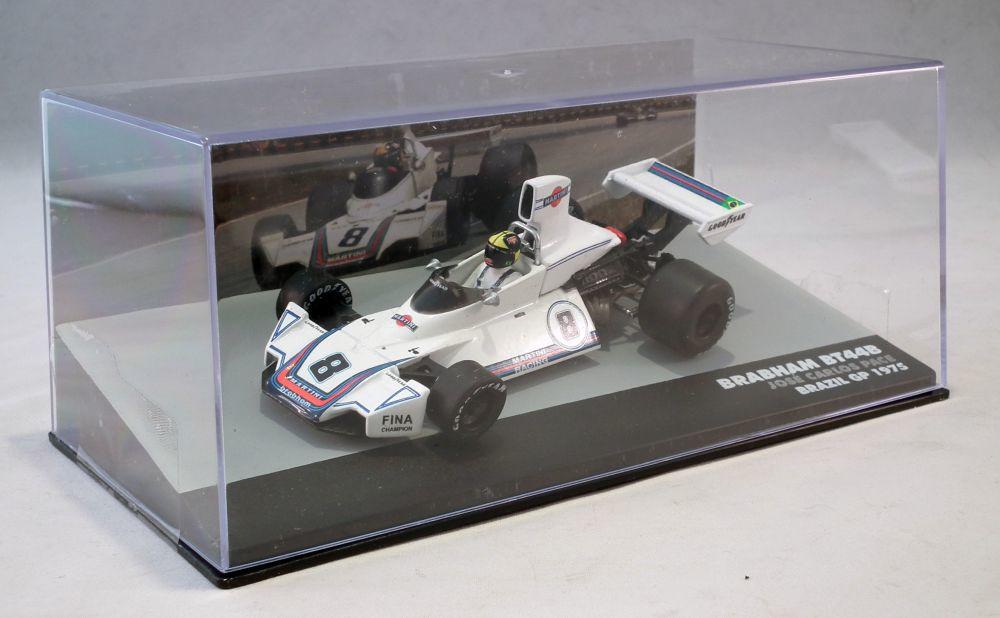 The Brabham BT44 was a Formula One racing car designed by Gordon Murray, Brabham's chief designer. An update of the partially successful BT42 of 1973, the BT44 was a simple design with a standard Ford DFV/Hewland gearbox combination, but was very clean aerodynamically. Murray had an eye for clean lines, and the BT44 was particularly graceful. He was also a forward thinker, and tinkered with side skirts and airdams on the car, a precursor to ground effects aerodynamics. Sponsorship came from Martini.

The 1974 season was successful for Brabham. Carlos Reutemann took three wins with the car, partnered by Carlos Pace who was able to string a series of promising results together. Brabham finished at a fighting fifth place in the Constructor's Championship after a closely fought season.

The BT44 was modified for 1975, and Pace won his first and only Grand Prix at his home event in Brazil, while Reutemann won at the Nürburgring. A series of other strong finishes helped Reutemann to finish third in the drivers' championship in 1975, whilst Brabham equalled his feat in the constructors' championship. Whilst the BT44 was a good car, it couldn't match the McLaren M23 or the Ferrari 312T.